In April 1965, Coca-Cola commissioned "A Charlie Brown Christmas", to which that special included product placement for the soft drink; most notably sponsor ID's with a unique animated sequence. After this, each of the Peanuts specials of the late 60's featured fully animated scenes depicting the sponsors however many of the late 60's tags are lost. According to TV Guide Ads and Lee Mendelson's website, the last special to be sponsored by Dolly Madison with Coca-Cola was "He's Your Dog, Charlie Brown".

YouTube users Robatsea2009 and spetragl have unearthed various pieces of missing sponsor sequences however they have been removed due to copyright issues. An MKV file of A Charlie Brown Christmas was shared to the LMW and partially uploaded to YouTube by user Max Goes Fourth allowing the full colour sponsor tags to finally be seen.

Footage of both the opening and closing tags exit in color on YouTube. The original promo for the special included an alternate take with the sign saying "DANGER" a single frame of which exists in the Coca Cola version.

The end credits music fades early in current version because "best wishes" were given to the sponsors of that year's broadcasts, although "A Charlie Brown Christmas" had "Merry Christmas from the people who bottle Coca-Cola". The audio from a late 60's reissue is found omitting the coke graphic and going straight to the end screen although it has since been claimed by copyright and is currently unwatchable. 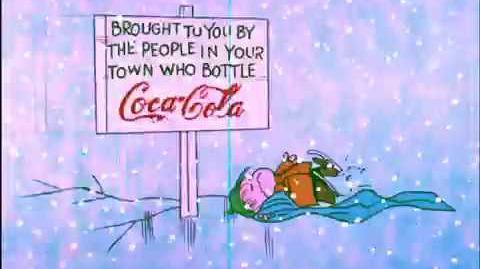 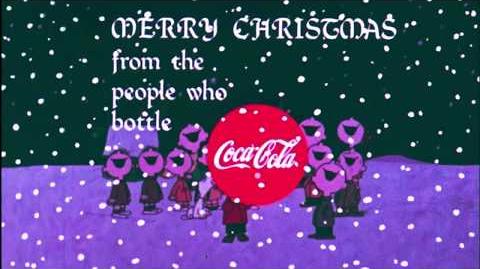 Charlie Brown mopes by a Coca-Cola sign (this time with circular red "Drink Coca-Cola" logo). This tag exists in black-and-white and spegtragl has an extended color reissue with the late 60's Dolly Madison logo added on. Only the late 60's reissue exists in collector circles and is only version in color for the "best wishes" greetings. The closing plug has yet to be found however. 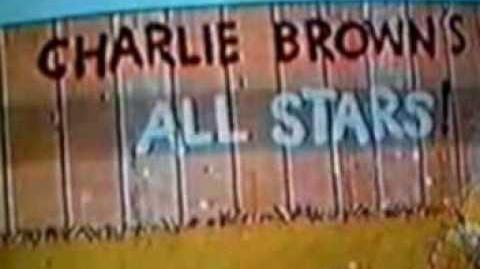 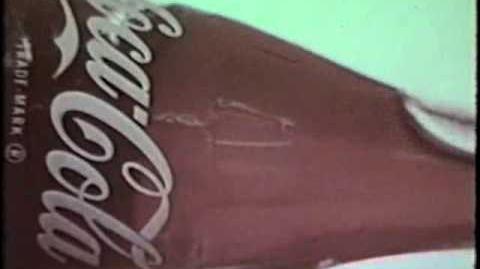 "It's The Great Pumpkin, Charlie Brown":

In the opening plug, thee Peanuts characters run around in Halloween costumes by two scarecrows holding up signs for Coca Cola and Dolly Madison and one ghost is revealed to be Snoopy as he dances. Although TV Guides list Coca-Cola as the sponsor it is unclear if Robatsea2009's YouTube version is original or the following repeat, as Dolly Madison is added along with Coca-Cola. Chances are it was added on, as a similar scene exists in a promo. End credits exist for unknown mid 60's version with both Coca Cola and Dolly Madison featured. 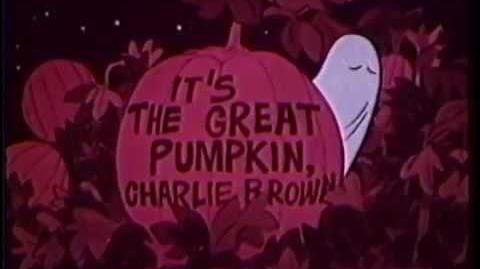 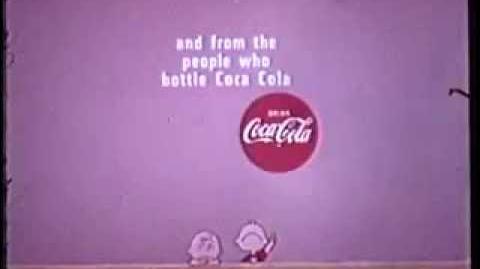 You're in Love, Charlie Brown

It Was A Short Summer Charlie Brown

It is unclear when the special sequences stopped; however it is best guessed to be the early 70's as the FCC had made a rule then allowing no advertising within children's programming. Standard sponsor tags have been shown annually until CBS stopped showing Peanuts specials after being transferred to ABC in 2001.