This Page is for EmmaTheMilo, do not make changes or use the { and } words.

pinky dinky doo is a american series, an dutch dub is made behind the dubbing of sesamstraat, unlike de electro-bedrijf and like sesamstraat, there were all episodes on dvd, some from moefieklub, many from Paramount Kids. this show was on kindernet, later nick jr netherlands, when i search pinky dinky doo nederlands, there were dvd openings, clips, full episodes. Someone has footage of PDD Dutch Dub called 8 april 2008 on youtube. Pinky Dinky Doo is on broadcast at 05:25 at nickelodeon netherlands between 2007 to 2010 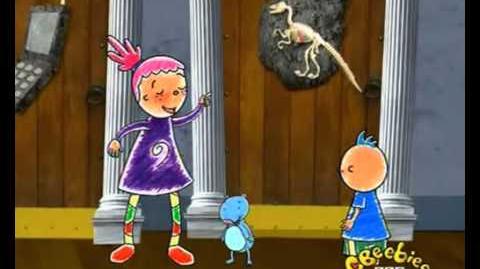 Pinky Dinky Doo - Pinky i zaginione dinozaury.avi-0
Add a photo to this gallery
Retrieved from "https://lostmediaarchive.fandom.com/wiki/Pinky_Dinky_doo_(Lost_Dutch_Dub,_unknown_date)?oldid=209111"
Community content is available under CC-BY-SA unless otherwise noted.