Playstation All-Stars Battle Royale is a Super Smash Brothers-like crossover video game released for the Playstation 3 and Playstation Vita by SuperBot Entertainment in November of 2012. SuperBot and Sony broke away from each other, and DLC duties were given to Sony Santa Monica Studios, the makers of God of War.

In 2013, they announced all DLC for the game would be cancelled. The fans of PSASBR found concept art from a developer of the game that showed that Dart Feld, a very requested character from the video game The Legend of Dragoon would be a playable character in the game as DLC.

Someone also confirmed that Abe from Oddworld: Abe's Oddysee was supposed to be part of the DLC too. This eventually caused the '#ReleaseDart' Twitter campaign, which proved unsuccessful.

Additionally, there was talk of a stage that would crossover the video games Journey and Gravity Rush, but little is known about said stage, it too remaining unreleased. 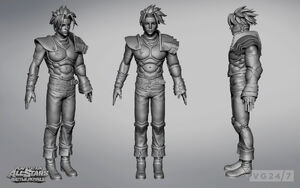 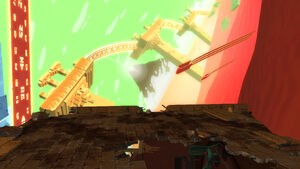