Plaza Sésamo is the Mexican version of Sesame Street that debuted in November of 1972 (at the time of the fourth season premiere of Sesame Street). Televisa co-produced Plaza Sésamo with CTW in the 1970's. This version from 1972-1980 features Abelardo (an orange-and-yellow crocodile) and Paco (a green grouchy parrot) as the two main Muppet characters, and centers in a plaza that appears to be a typical city block in Central or South America.

In 1985, reportedly due to an earthquake, Televisa had lost almost the entire master archive of their earlier Plaza Sésamo material that they stored in a building that had collapsed. Other TV programs have been restored from copies on foreign TV stations or from tapes made by viewers. No one has taped any of the show's earlier material off of TV as they thought reruns of the show would be abundant. Because of this, there is no footage of Abelardo the crocodile (or dragon) preserved on any VHS recording and it has not resurfaced online ever since.[1] All that survives are some photos and a screenshot of the show's opening title card. Only one classic episode, Episodio 327 (aired in 1976), has resurfaced on Vimeo but it's only the first four minutes, and has also been documented on Muppet Wiki.[2] A nine-second clip from the 1972 era of Plaza Sésamo appeared on a retrospective of the 50th anniversary of Televisa, being this the only known footage of Abelardo the Dragon and Paco the Parrot.[3] 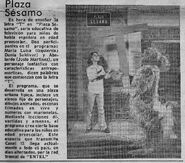 A very early version of Abelardo, who instead is more of a bird in species (sort of like a Mexican counterpart of Big Bird) and looks like a predecessor to Garibaldo from Vila Sésamo '72. 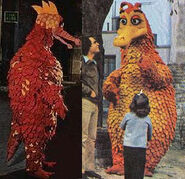 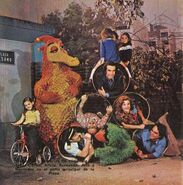 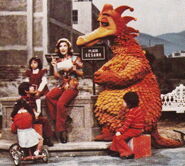 Retrieved from "https://lostmediaarchive.fandom.com/wiki/Plaza_S%C3%A9samo_(Missing_Abelardo_and_Paco_era_of_Mexican_Sesame_Street_co-production;_1972-1980)?oldid=143602"
Community content is available under CC-BY-SA unless otherwise noted.