Check out the Lost Media Wiki’s article on the Pocoyo pilots!!!

"Pocoyo" had many pilot episodes made in Spain in 2003-2004 before the show premiered. In the pilot episodes, Pocoyo has a yellow pacifier in his mouth. Which is something he formerly had in the final series. And also the narrator is an American female in the pilot, and was later redubbed by a British male. This pilot is found, however, there was another pilot which remains partially lost. It was shown on cartoons on the bay 2006. https://www.awn.com/animationworld/cartoons-bay-2006-10-years-celebrating-tv-animation

An user posted the full music of the second pilot. The music name is "Minimal Happy". Later, a user posted a rare version of the credits . An user posted an early version of the intro music . Later, A YouTube channel posted a test animation in this video. http://web.archive.org/web/20060719183414/http://pocoyo.blogs.com:80/pocoyo/files/First_Pocoyo_Pilot.mov 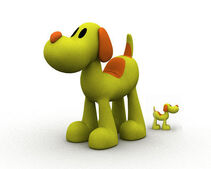 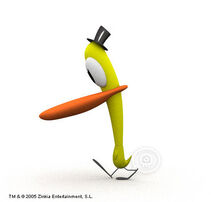 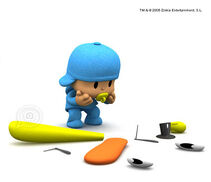 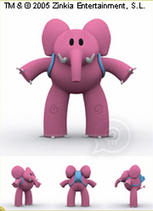 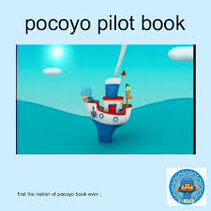 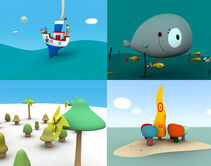 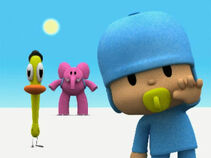 A screenshot of the 2nd pilot. Notice the difference in Ducky's legs. 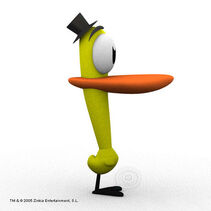 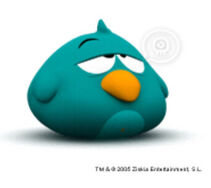 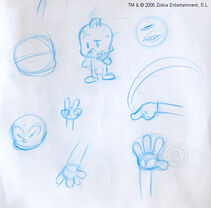 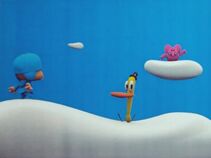 Unknown screenshot. It's confirmed by the official Pocoyo Twitter account that the image right here is from "Pocoyo's Story" 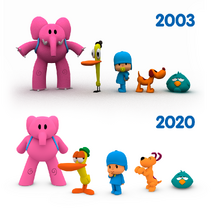 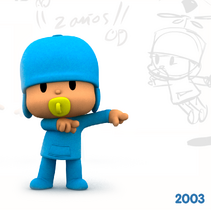 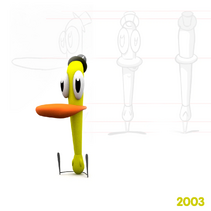 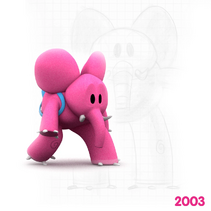 Prototype design model for the trees
Community content is available under CC-BY-SA unless otherwise noted.
Advertisement