Check out the Lost Media Wiki’s article on the cancelled Popeye film!!!

Popeye is a cancelled computer-animated feature film starring Popeye the Sailor, the film would have been based on the American series of comics of the same name and produced and animated by Sony Pictures Animation. In 2014, director Genndy Tartakovsky released an animation test footage featuring Tom Kenny of Spongebob Squarepants fame as the voice of Popeye. Despite being well-received, in March of 2015, he announced that he was no longer working on the project and he instead went on to direct Hotel Transylvania 2 and his original work Can You Imagine?. Many people believed that the movie was cancelled in favor of The Emoji Movie, but this is not the case, as The Emoji Movie likely would have been in production before the cancellation of Popeye. Years after the cancellation of this movie adaptation of Popeye, it was announced that the project would be redeveloped at King Features Syndicate. Since the cancellation of Sony's adaption of Popeye, much of the material produced for the film remains unreleased. 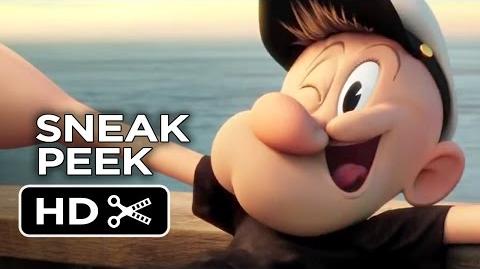