ReBoot is a Canadian-American CGI-animated action-adventure television series that originally aired from 1994 to 2001. It was produced by Vancouver-based production company Mainframe Entertainment, Alliance Communications, BLT Productions. The animated series was created by Gavin Blair, Ian Pearson, Phil Mitchell, and John Grace, with the visuals designed by Brendan McCarthy after an initial attempt by Ian Gibson. It was the first half-hour, completely computer-animated TV series. It began in development in 1990, the first attempt of the ReBoot cartoon.

Among the early test footage shown is a promotional proof-of-concept video Mainframe shopped around for funding. In this video a very early rendering of Bob (named Chip at this point in development), without his lips depicting more of a robot. Bob flies around Mainframe, which is just a CGI motherboard at this time, on what Bob calls a hover board. Bob speaks in computer jargon as he tells the viewer about Mainframe. Bob also explains to the viewer that he has to keep Mainframe safe from Bad Data. Bad Data is a team consisting of Megabyte, speaking with a Brooklyn accent, and a character named Hacker. Bad Data's plans is to quote "steal a whole bunch of data, get super intelligent and take over the mainframe". This plot idea was dropped from ReBoot early on along with the character Hacker.

The video suggested that the show was going in a more comedic direction than an action-packed dramatic direction in the final product.

Unused Characters: Hacker
Add a photo to this gallery

The second one in 1992 was a more comic book style with BOB looking more human in appearance. As you can tell by the poster on the side here. The backgrounds in some scenes were drawn (Possibly to save space and time for rendering a large environment) as well as the characters mouths were just flashing textures (this was done at the time when vertex animation wasn't perfected yet). 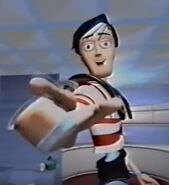 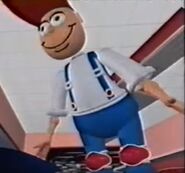 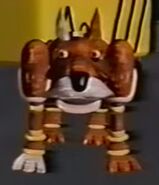 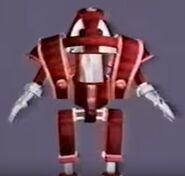 Early Hack (with no slash)

This is an early concept sketch by Ian Gibson of the three main characters early designs from the 2nd promo tape and test footage.
Add a photo to this gallery

The third one in 1993 shows the final unpolished designs of the show but slightly different like BOB having a darker shade of blue and a less detailed outfit. It is set to the Sonny & Cher song "The Beat Goes On". 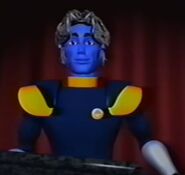 Kinda Early BOB
Add a photo to this gallery
Retrieved from "https://lostmediaarchive.fandom.com/wiki/ReBoot_(Early_Development)?oldid=162959"
Community content is available under CC-BY-SA unless otherwise noted.