During the late 1990s and early 2000s, transgressive industrial-rock group Rockbitch gained notoriety (as well as a cult following) for their over-the-top stage performances, which usually contained orgiastic sex and pagan rituals. However, not many are aware of the group's origins. They began as Red Abyss, taking influences from everything from jazz and funk to punk and metal. Under this name, they released one album, Luci's Love Child, in 1992.

While it was definitely released on CD, few copies (if any) have popped up for sale and it appears that the album is nigh impossible to find, even with the internet. This likely has to do with the fact that there's a lack of demand for the album, as Rockbitch faded out of popularity after their break-up in 2002. The little evidence of the album that exists are reviews contained on German websites as well as Discogs and Rate Your Music entries. 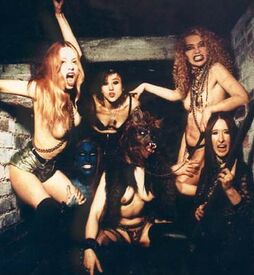 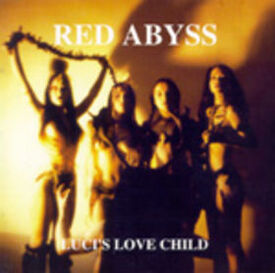 Retrieved from "https://lostmediaarchive.fandom.com/wiki/Red_Abyss%27_%22Luci%27s_Love_Child%22_(Limited_Release_1992_Album)?oldid=142179"
Community content is available under CC-BY-SA unless otherwise noted.