On 12 September 1996, obsessed fan Ricardo López mailed an acid-spraying letter bomb to Björk's London home and then killed himself, but the package was intercepted by the Metropolitan Police Service. López filmed himself in the process of making the acid bomb which was intended to severely scar the singer's face and torso. The nearly 18 hours of videotape described López's obsession with Björk, the construction of the device, his thoughts on love and other subjects, including racial remarks against Björk's then-boyfriend Goldie. The video footage continues after his mailing the bomb to Björk's London home and ends as López shaves his head, applies face paint and commits suicide by shooting himself on camera.

In her few public comments on this event, Bjork later said it was hard emotionally, and it disrupted her life and work in London, explaining in part why she chose to leave the UK scene for good, reject her cute image, and began to write more personally with Homogenic. 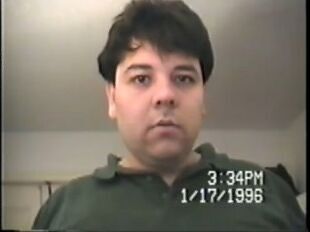 Ricardo López was born on January 14, 1975, in Uruguay into a middle-class family who moved to the United States and settled in Georgia. López had a good relationship with his family; he was described as easygoing, but introverted. López had a few male friends, but never had friendships with women or had a girlfriend as he had feelings of inadequacy and was awkward with girls.

With aspirations to become a famous artist, López dropped out of high school. However, he did not seriously pursue an artistic career due to his feelings of inferiority and fear of being rejected entry into art school. He intermittently worked for his brother's pest control business to support himself. By the age of 17, López had become socially reclusive and, as a means of escape, retreated into a world of fantasies and became enthralled by celebrities.

In 1993, López became fixated on Icelandic singer Björk. He began gathering information about her life, followed her career, and wrote her numerous fan letters. Initially, López cited her as his artistic muse and said that his infatuation gave him a "euphoric feeling". As time passed, his fixation about Björk became all-consuming and he grew more disconnected from reality. In his diary, López wrote of longing to be accepted by Björk and to be a person who had "an effect on her life". He fantasized about inventing a time machine that would enable him to time travel to the 1970s to become friends with her as a child. His fantasies about Björk were not sexual; in his diary, he wrote, "I couldn't have sex with Björk because I love her."

López's diary grew to 803 pages, with passages including his thoughts on Björk as well as his feelings of inadequacy due to being overweight, his disgust and embarrassment over suffering from gynecomastia (which he referred to as a deformity that made him feel "weird") and his inability to get a girlfriend. He wrote that he considered himself "a loser who never even learned to drive" and complained about his menial job as an exterminator that earned him little money. The diary contained 168 references to López's feelings of failure, 34 references to suicide, and 14 references to murder. He made 408 references to Björk and 52 references to other celebrities.

In 1996, López was living alone in an apartment in Hollywood, Florida. Around this time he read an article in Entertainment Weekly that mentioned Björk was in a romantic relationship with musician Goldie. López was angered by this perceived betrayal and the fact that she was involved with a black man, writing in his diary: "I wasted eight months and she has a fucking lover." He began fantasizing about how he could "punish" Björk.

López stopped writing his diary and began filming a video diary in his apartment. According to López, the diary's purpose was to document "my life, my art and my plan. Comfort is what I seek in speaking to you ... I am being my own psychologist. You are a camera. I am Ricardo." He recorded eleven video tapes containing approximately two hours of footage each. The tapes contain footage of López preparing his "revenge" and discussing his "crush [that] ended up as an obsession". López's anger over Björk's relationship with Goldie intensified and he decided to kill her. In one entry he states: "I'm just going to have to kill her. I'm going to send a package. I'm going to be sending her to hell."

López initially intended to construct a bomb filled with hypodermic needles containing HIV-tainted blood, which satisfied his desire to have a lasting effect on Björk's life. When he realized it would not be feasible to build such a device, López began constructing a letter bomb using sulfuric acid in a hollowed-out book, which he planned to have sent to Björk's home in London, England, by her record label. The device was designed to explode and kill or disfigure Björk as she opened the book. He would commit suicide after mailing the bomb, hoping that, in the event that the bomb killed Björk, the two would be united in heaven.

On the morning of September 12, 1996, López began filming his final video diary entry. The final tape, titled "Last Day – Ricardo López", begins with López preparing to go to the post office to mail the letter bomb. He states that he is "very, very nervous" but that if he arouses suspicion he will kill himself rather than be arrested. After returning from the post office, López resumed filming. As Björk's music plays in the background, López, nude, shaves his head and paints his face red and green. He examines himself in a mirror and tells the camera that he is "a little nervous now. I'm definitely not drunk. I am not depressed. I know exactly what I am doing. [The gun] is cocked back. It's ready to roll." As Björk's song "I Remember You" finishes playing, López shouts "This is for you" and shoots himself in the mouth with a .38 caliber revolver. López groans and his body falls out of the camera's range; at this point, the camera stopped filming. A handpainted sign bearing the handwritten words "The best of me. Sept. 12" hung on the wall behind him. Police theorized that López intended to cover the sign with his blood and brain matter with the gunshot.

On September 16, a foul odor and blood were noticed coming from López's apartment. The Hollywood Police Department entered and discovered López's decomposing corpse. Written on the wall was a message reading: "The 8mm videos are documentation of a crime, terrorist matter, they are for the FBI." The Broward County Sheriff's Office evacuated the building while the bomb squad searched for further explosives, though the device López sent was the only one constructed. After viewing López's final tape, police contacted Scotland Yard in the United Kingdom to warn them that the potentially explosive package was en route to Björk's residence in London. The package had yet to be delivered; the Metropolitan Police intercepted it from a south London post office, and it was safely detonated. There had been little danger of Björk receiving the letter bomb as her mail was vetted through her management's office. Unbeknownst to López, Björk and Goldie had ended their relationship a few days before he mailed the bomb and killed himself.

After López's suicide, Björk said in a statement that she was "very distressed" by the incident. She said "It's terrible, very terrible. It's a very sad thing that someone would shoot his face off." and "I make music, but in other terms, you know, people shouldn't take me too literally and get involved in my personal life." She sent a card and flowers to López's family.

Björk left London for Spain, where she recorded her album Homogenic. She also hired security for her son, Sindri, who was escorted to school with a minder. A year after López's death, Björk discussed the incident in an interview: "I was very upset that somebody had died. I couldn't sleep for a week. And I'd be lying if I said it didn't scare the fuck out of me. That I could get hurt and, most of all, that my son could get hurt."

López's family and friends were aware of his obsession with Björk. They maintained that they had no idea that López harbored violent thoughts or was capable of violence. At one point, López's brother had told him to "Get a real woman, you're obsessed". A psychiatrist who treated López for anxiety shortly before his death also stated that López did not appear dangerous. López's videotapes, including his suicide, were confiscated by the FBI and released to journalists.

Documentary In 2000, the 70-minute documentary film The Video Diary of Ricardo López was released. Directed and edited by Sami Saif, the film is a condensed version of López's 22-hour video diary. Saif decided to limit the film's availability as "I want to be there when people see the film, because there are all sorts of things about Ricardo López on the internet. I like to be able to talk to people about what it is they've actually seen."

Retrieved from "https://lostmediaarchive.fandom.com/wiki/Ricardo_%22Bjork_Stalker%22_Lopez_Tapes_(Full_18_Hours_Recorded_in_1996)?oldid=195697"
Community content is available under CC-BY-SA unless otherwise noted.