Rolie Polie Olie is a French-Canadian computer-animated children's television series produced by Nelvana and Sparx* in association with the Canadian Broadcasting Corporation and Disney Channel, and created by William Joyce and developed by Joyce, and Maggie Swanson. The show focuses on a little robot who is composed of several spheres and other three-dimensional geometric shapes. The show was one of the earliest series that was fully animated in CGI, several books were published alongside the series.

An early pilot was maybe in 1995, but the production date and footage (that is, if any footage was made or exist) are yet to be found and only a few portions of William Joyce's original concept illustrations have surfaced. 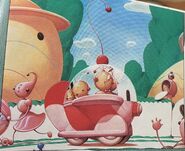 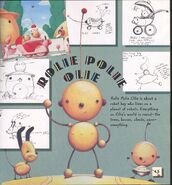 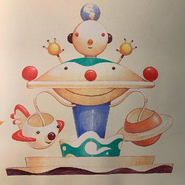 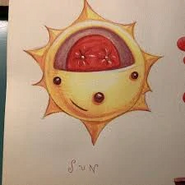 2nd Pilot (maybe?)
Add a photo to this gallery
Retrieved from "https://lostmediaarchive.fandom.com/wiki/Rolie_Polie_Olie_(Lost_Pilot)_(1997)?oldid=207824"
Community content is available under CC-BY-SA unless otherwise noted.