Sam and Friends was the first TV show created by puppeteer Jim Henson and his wife Jane that was filmed in Washington, D.C. The show aired twice daily on WRC-TV, the NBC affiliate in Washington, D.C. from May 9, 1955 to December 15, 1961 and had a total of 86 episodes.

Only a total of 59 shorts (15 existing, 35+ documented, and 9 known from memory) of the show have been listed as known episodes. Some of the episodes that have been taped have been shown at the Paley Center for Media, while others have been shown at screening events at venues like the Museum of the Moving Image. The remaining episodes (which have yet to surface), documents, and scripts are being stored and kept in archives in Long Island City or in a separate archive in California. It is unknown what may have happened to the other 28 unidentified episodes.

Back then before videotapes existed, shows would have to be deliberately recorded on kinescope using a film camera pointed directly at a video monitor in order to save shows for later reruns, or specifically for future home media releases (which definitely did not exist until the mid-1980s). If not, shows would not be saved, instead being performed live rather than being aired on television via recording. Jim Henson rarely bothered to record any of his programs, unless it is something he liked or with an aspect he wanted to review.[1]

While video footage for some segments do exist, some other episodes have been documented by multiple sources.

Script displayed at The Jim Henson Exhibition at The Museum of the Moving Image.

While some of the other episodes [that are believed to be lost] have been documented by either the Henson Archives or some published newspaper articles, fans who grew up watching Sam and Friends (while it was still on the air) have remembered watching some of the show's lost episodes from memory. However, Muppet Wiki cannot add these memory-known episodes to the Sam and Friends article, due to their policy to not trust memories. A YouTuber by the name Jeffrey Goodwin has posted a comment on the YouTube video for That Old Black Magic, stating some of the lost Sam and Friends episodes he remembers from memory as he watched the show on TV during his childhood.[8]

There are many episodes of Sam and Friends that are unidentified or unknown to exist. Out of 28 unidentified episodes, here are a few listed:

Esskay Meats was the original sponsor for Sam and Friends, and served as the launching pad for Henson's experiments in using puppets and sharp humor in selling products. Each episode of Sam and Friends ends with an Esskay Meats commercial skit featuring the show's characters. Many Esskay commercials with these Muppet characters (including Kermit, Harry the Hipster, Sneegle, King Goshposh, Rowlf, Moldy Hay and Yorick) were produced from 1959-1963.

13 known commercials (8 existing, 4 documented, and 1 known from memory) have been listed as follows. 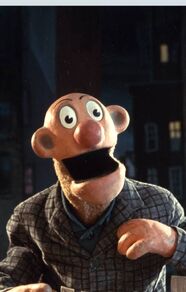 Jim Henson in his new Thunderbird with his own puppet, Sam. 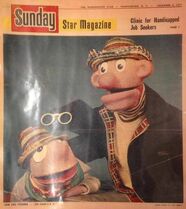 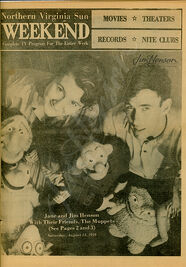 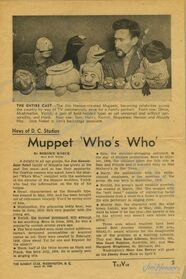 A couple of small twins with glasses, possibly named Yul and Brynner. 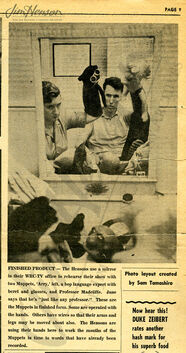 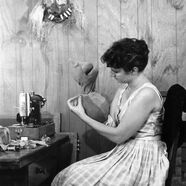 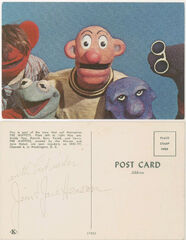 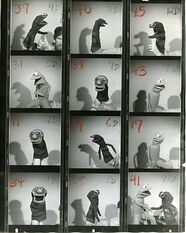 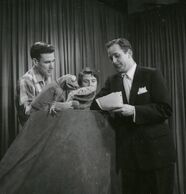 Preparation for the show. 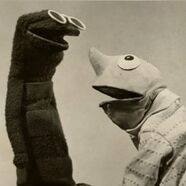 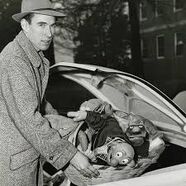 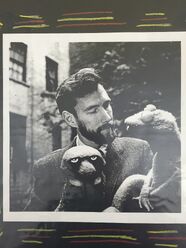 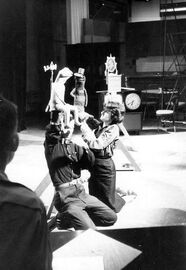 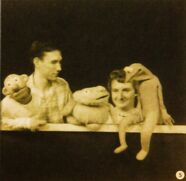 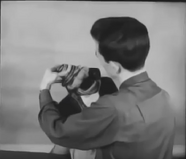 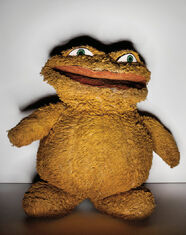 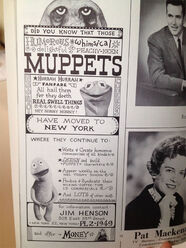 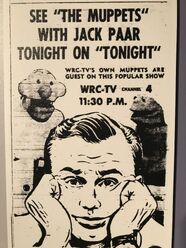 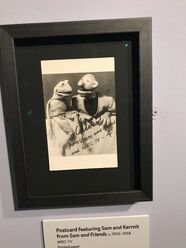 Displayed at The Jim Henson Exhibition at The Museum of the Moving Image. 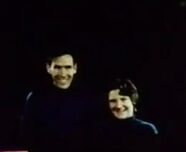 Icky Gunk
Add a photo to this gallery

Retrieved from "https://lostmediaarchive.fandom.com/wiki/Sam_and_Friends?oldid=147848"
Community content is available under CC-BY-SA unless otherwise noted.