Santo Gold's Blood Circus, produced in 1985 by Santo Victor Rigatuso (aka Robert "Bob" Harris) is a sci-fi movie that revolves around man-eating aliens invading Earth, and their consequent battle with professional US and USSR wrestlers. The film incidentally starred a few professional wrestlers from WWF (now WWE), and was made on a budget of 2 million dollars. It was promoted through infomercials for Rigatuso's Santo Gold mail-order jewellery business.

Not a lot more is known of the plot, other than the fact that the aliens come from a planet called "Zoran", and that Rigatuso, playing the character of Santo Gold in a scene recorded at the Baltimore Civic Center, performs a song before the film's climactic brawl. The lyrics, however, have nothing to do with the film, and are instead about Rigatuso's Santo Gold business.

In 1987, after 2 years spent editing the film, Rigatuso was having trouble finding a distributor for it, and instead decided to hire out a few local cinemas and screen it himself over the course of one week (although he only held a few showings, and the film didn't gross anywhere near its 2 million dollar budget). "Scream Bags" were also given out at the screenings as a promotional tie-in, each side of the bag sporting a long poem about Blood Circus, with one of the sides containing a coupon for a free diamond ring from Santo Gold.

Blood Circus hasn't been shown publicly since 1987, and was thought to be lost for years, until it was announced on the Santo Gold website[1] in 2008 that they had re-discovered a 35mm copy of the film, and were looking for producers for an official release. Despite this, no producers signed on, and the original 35mm film reels were eventually offered up on eBay in 2011,[2] with a starting price of 21 million dollars and a buy-it-now price of 750 million (including insurance), or an option to buy a partnership in the film. No bids or partnerships were made, and the reels didn't sell. Two and a half years later, in late December of 2013, the reels for the film were once again offered up on eBay, (albeit through a different seller), though the highest bid fell below the reserve price and the reels therefore went unsold; the auction has not yet been relisted.[3]

Any future plans for a potential release of the film remain unknown. The only footage of Blood Circus that has surfaced online are brief snippets as seen in an old Santo Gold infomercial which found its way to YouTube (see below). 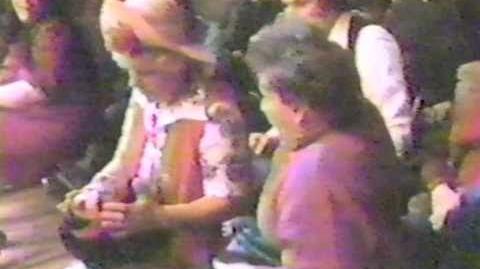 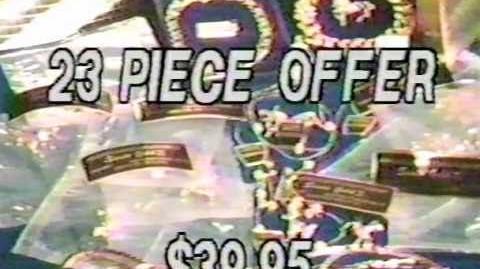