Early design for Shrek, back when Farley was attached, and Chris Farley himself.

Unknown
It is a little known fact that Saturday Night Live funnyman Chris Farley was the original actor cast as the voice of the title character in the 2001 DreamWorks animated film Shrek. According to the Jim Hill Media website, the plot with Farley on board was somewhat different than what ended up on film. "It was about a teenage ogre who wasn't all that eager to go into the family business. You see, young Shrek didn't really want to frighten people. He longed to make friends, help people. This ogre actually dreamed of becoming a knight". Those involved with recording Farley labelled it as one of his best performances.

Unfortunately, with about 95% of the film's dialogue finished (his role included), Farley died from a drug overdose on December 18, 1997 at the age of 33, still working on the film just a week before his death. There were talks of having a vocal impersonator brought in to record the remaining lines, but ultimately, fellow SNL cast member Mike Myers was hired and the script was re-written, becoming the Academy Award*-winning film we know and love.

The studio had not released any of the audio, and nothing had been heard of it by the public, until the early morning hours of August 5, 2015, when Reddit user Bttfan shared a VimeoPro video uploaded by Dreamworks Development Producer, John Garbett, that was posted in the year 2013, showing a two and a half minute scene from the film's early storyboard reel, featuring Farley's voice. Time will tell if any more footage will surface.

During production of the DreamWorks animated movie Shrek, Mike Myers, voice of the titular character, initially recorded all of Shrek's dialogue in his normal voice. Later when the film was well into production, Myers asked to go back and re-record all of his lines in a Scottish accent like the ones he used in So I Married an Axe Murderer and Austin Powers: The Spy Who Shagged Me, which producer Jeffrey Katzenberg agreed to whole-heartedly upon hearing Myers performance.

Some audio of Mike Myers' original recordings can be heard in the Shrek Technical Goofs bonus feature from the DVD. 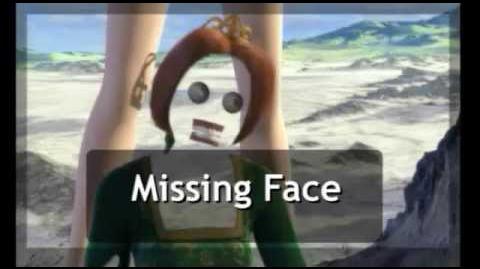