After the success of the Smokey and the Bandit Part 2, Universal Pictures ordered a third instalment in the popular Bandit car chase franchise. However, two of the principal stars of the film, Burt Reynolds and Sally Field declined to participate due to a contract dispute. Actor Jerry Reed, who had played "Snowman" in the other two Bandit films, would also not be returning to the third film.

Co-star Jackie Gleason (Sheriff Buford T. Justice - the titular "Smokey") was still committed to the project. The producer decided on a new, radical angle for the third - to catch The Bandit, the loud, dimwitted Justice would take on his appearance and thus become the Bandit. This meant Gleason would not only play Justice but also take on Reynolds' role of the Bandit as well. There are two reports of on the context of Gleason playing the Bandit role:

Shooting commenced under the title Smokey is the Bandit Part 3 in October 1982. Reportedly test audiences reacted poorly, finding Gleason's two roles confusing, so the studio opted to do reshoots in April 1983[1]. Jerry Reed was brought back to reshot the Bandit scenes with himself playing the Bandit with Reynolds returning for a short cameo at the end. When released in cinemas on August 1983, it was re-titled Smokey and the Bandit Part 3.

Despite the enormous financial success of the original film (grossing over $300 million on a budget of less than $5 million), coupled with respectable (though significantly lower) numbers generated by the sequel, the third instalment was both a critical and box office flop, grossing only $7,000,000 against the film's $9,000,000 budget.

Evidence of the production

The film's original premise circulated for years as part of Hollywood lore and was believed by many to simply be a myth. Articles from the time do detail reports of the film under the title Smokey Is The Bandit[2]. An online petition[3] was set-up to try and convince Universal Pictures to release the original version of the film.

In 2010 a teaser trailer surfaced on YouTube for the original premise with the original title. Afterwards, a photo of Gleason in the Bandit costume found its way online. As of yet, the original alternate footage has never been seen by the public.

SMOKEY IS THE BANDIT screenplay

On 14th May, 2016 - a script for the film, under the title SMOKEY IS THE BANDIT was posted to the Lost Media Wiki forum [4]. The link lead to a screenplay 114 page screenplay (production code No.02152) dated October 21, 1982 written by Stuart Birnbaum and David Dashey. The script was a "Final Draft Screenplay". The script is very similar to the final film released as Smokey and the Bandit Part 3.

The key differences in the found script are: 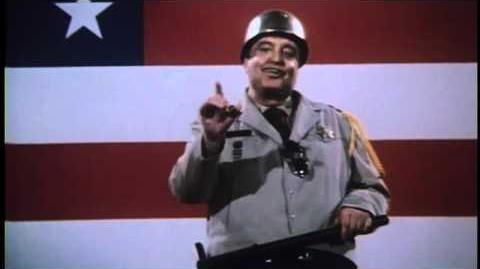 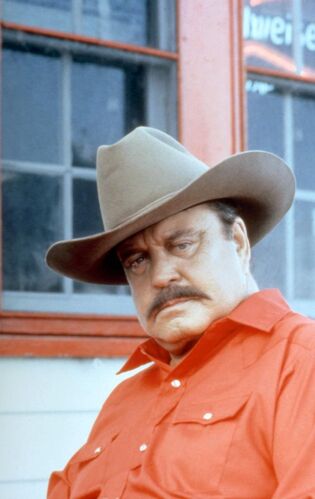 Rare photo of Gleason in the Bandit costume.

Retrieved from "https://lostmediaarchive.fandom.com/wiki/Smokey_is_the_Bandit_Part_3_(Original_Jackie_Gleason_Footage)?oldid=128892"
Community content is available under CC-BY-SA unless otherwise noted.