Super Dog Booby: Akachan Daibouken no Maki (スーパードッグブービー 赤ちゃん大ぼうけんの巻 Super Dog Booby: Baby Adventure Volume[1]) is a cancelled platform action game that was in development in 1991 by Jaleco for the Famicom that starred a hero dog named Booby who had to guard a baby from hazards. The game was cancelled for unknown reasons.

Very little information is known about the title, it was shown in a playable form at Famicom Space World from April 24th to May 6th 1991[2][3], advertised during the year, and was offered as a prize in a contest by a Japanese magazine.[4] 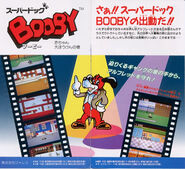 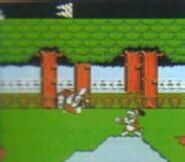