The Alan Parsons Project are a British Progressive Rock band that have been around for over 40 years, enjoying moderate success throughout the mid-to-late 1970s, and then again in the mid-1980s with the Ammonia Avenue-era single "Don't Answer Me". In 1979, the band was exhausted from constant touring and studio work and wanted a break. Their label, Arista Records, however, heavily disagreed and decided to set due dates for the band's 3rd and 4th albums. Wanting to get everything over and done with, the band decided to record both albums at once.

The first of the two albums, Eve, was released as scheduled. The second, titled The Sicilian Defence (named after a move in chess) was a different story altogether. Every track was produced rather lazily and poorly written on purpose as to figuritively raise the middle finger to Arista. The music was allegedly atonal, inaccessible, and virtually unlistenable. In the end, Arista were so horrified by the results that they stashed it away in their vaults, never to be released.

Most of the tracks have never surfaced. Fans were clamoring for decades for the album's release. Parsons, as a joke, included a single track on the bonus disc on a reissue of Eve in the 2000s. After the fans figured out just how bad the music was, the clamoring stopped. Although Parsons has said on several occasions that he hopes the album never sees a release, he announced that a Alan Parsons Project box set was in the works and was to contain the album in its complete form, much to the endless groaning of fans. This does not, however, render the album as not missing, as Parsons is notorious for canceling plans for such releases and the announcement may have just been a prank. Until the disc is released, the album is still "missing".

UPDATE 07 Mar '14: The Sicilian Defence is receiving an official release! The album is set to be released at the end of the month as part of a new Alan Parsons Project boxset, The Complete Albums Collection. Thanks to ThatShoegazer for bringing this news to light.

UPDATE 05 Apr '14: A little under a week ago, The Sicilian Defence was officially made available as a part of The Complete Albums Collection, an Alan Parsons Project boxset containing their entire discography released on the 31st of March; said album has since (inevitably) found its way to YouTube. Alan Parsons himself has stated on several occasions that the album was created with very little effort or enthusiasm, as the result of a contractual dispute between the band and Arista Records, (resulting in the album being shelved in the first place), so don't expect too much from this. Having said that, it's certainly a fascinating listen given its history and the fact that it has not been heard by the general public in the 30+ years since its initial recording.

Thanks and respect to The Alan Parsons Project for finally releasing the controversial and mysterious album (despite the circumstances surrounding it)! The 40 minute album can listened to in its entirety via the below video. 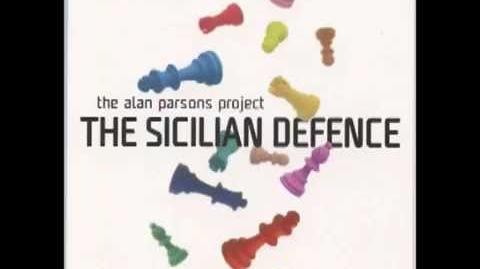