The Beatles' final film Let It Be captured hours worth of footage of the group songwriting, rehearsing, recording and performing. Much of this footage has never seen an official release by The Beatles, Apple Crops. or United Artists.

In January 1969, director Michael Lindsay-Hogg and the British rock group, The Beatles began filming on what was originally a television special. The concept of the special, then titled Beatles At Work, would give the viewer an insight into the creative process of the group as the write and rehearsal new material for what would be their first concert in nearly three years.

Filming and rehearsing began at Twickenham Film Studios on 2nd January. However, the tense atmosphere from both unresolved issues from The White Album sessions and the cold stark environment of Twickenham, lead to in fighting within the band and their guitarist George Harrison briefly quitting the group. Harrison would return to the project on the condition that it was moved to the band's Apple Studios. The rehearsals became the recording of their proposed next album and the television special had now become a documentary feature film.

When a rough cut of the film was first viewed on 20 July 1969, the band expressed discomfort with how revealing the film managed to be. What was intended to show the Fab Four’s music making from a fly-in-the-wall perspective ended being much more, showing the estrangement and bitterness that had grown between them.

Lindsay-Hogg ended up cutting the film to 80 minute version that would be released to cinemas in May 1970. Lindsay-Hogg has stated that the rough cut was about an hour longer than the final version. The book The Complete Beatles Chronicle by Mark Lewisohn says that the rough cut screened to the Beatles was about 210 minutes long (this length has since been denied by the director). Lewisohn also remarked that a the majority of the "John and Yoko" footage was also removed from the final cut.

The final cut, which is the most popular one found online, is uploaded on MEGA and Archive.org They are both the final cut.

Since the film's release, footage that didn't make it into Lindsay-Hogg's final cut has appeared in other media and online. Unused footage from the project has appeared in bootlegs and official video releases by the band. In 1992, the film was remastered for a home-video release.  Around this time, other previously unseen footage from the project was remastered for the band's official band documentary series "The Beatles Anthology".  In 2003, more footage would appear in promotional material for the remixed Let It Be album, Let It Be...Naked.

Through-out the 1970's until the early 2000's, audio from the film crew's [https://en.wikipedia.org/wiki/Nagra Nagra] recorders has appeared on various bootleg recordings (the most well known of these being the 38 CD Day-By-Day series by Yellow Dog Records). The audio tapes were retrieved by Dutch police when the homes of Stan Snelleman and Jos Remmerswaal(founders of Yellow Dog Records) were raided in 2003.

The following is a list of known scenes that were cut from the final film:

Other speculated/reported footage yet unsurfaced 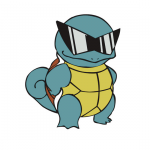 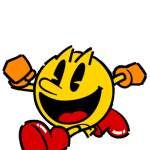