On January 21, 2003, a prototype cartridge was found in Florida by Brandon Murphy[2]. After an article was published, game collectors began haggling with Brandon to sell the game and release the ROM image, and so the cart was sold to a collector, followed by a ROM image being released on August 1 that year. 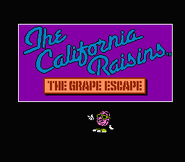