More or less everyone is familiar with the tragic events that took place on April 20th, 1999 at Columbine High School, in Columbine, Colorado. Dubbed "The Columbine High School Massacre", the school shooting perpetrated by Eric Harris and Dylan Klebold left fourteen students and one teacher dead, and many others injured (with themselves being two of the students killed, after committing suicide).

That December, Time Magazine reporter Tim Roche was given access to five videotapes that investigators had discovered, recorded by the murderers, outlining their motives and reciting a "kill-list" of sorts, amongst other things. Roche published an article for Time on the tapes on December 20, soon after viewing them, dubbing them the "Basement Tapes". Not long after the article's publication, furious family members of the deceased threatened to sue Jefferson County, considering the fact that not even they had been given access to the recordings. They came to an agreement, with Jefferson County quickly screening the tapes for them, and then vaulting them away "indefinitely".

In 2003, a fifteen minute recording of the killers shooting at the Rampart Range was released, and in 2004, they also released a short film the two had created for school five months prior to the massacre, titled Hitmen for Hire, both of which many people suspected to have been two of the five "Basement Tapes". In 2006, Jefferson Country Sherriff Ted Mink was told by the courts that he was now allowed to release the remaining footage should he want to, although ultimately he declined to do so, fearing that some troubled youths may be inspired by the recordings. Instead, he released 949 pages of previously unreleased documents on the case, including in-depth transcripts for all of the "Basement Tapes", confirming that the two previously released videos were indeed two of the five "Basement Tapes". Several sources who have seen the tapes, including various family members of the deceased, claim the total run-time to have been roughly three to four hours. Since said 1999 screening with family members, the unreleased tapes have presumably never been seen by any members of the general public.[1] 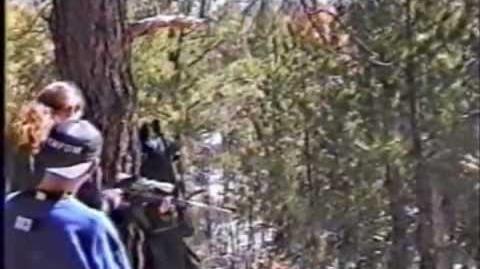 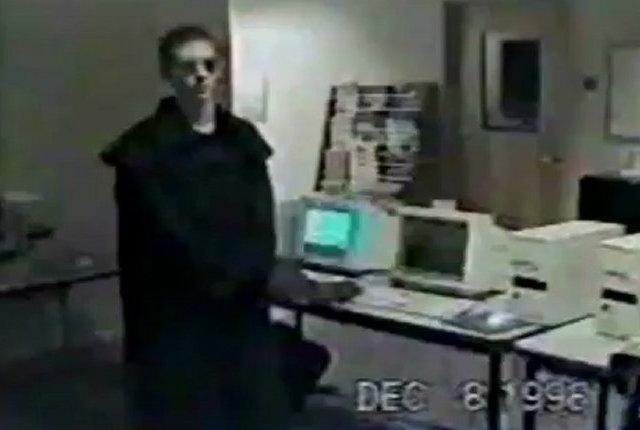 Hitmen For Hire
The released student film Hitmen for Hire (one of the five "Basement Tapes").

Brief Overviews of the Unreleased Tapes

This tape begins with footage of Harris and Klebold in Harris' house on March 15, drinking Jack Daniels, and talking about how they hope that the videos that they're making will soon be shown all over the world, once their so-called "masterpiece" had been completed, and when everyone would be looking for answers. They talk about how they used various people to acquire their weapons, before referring to a classmate of theirs, Brandon Larson and how "you will find his body". They then move onto discussing the weapons, before getting into their personal philosophical views, and talking about various people who they believed had done them wrong. They continue showing off their arsenal of weapons, whilst making subtle references to their planned massacre.

The camera then cuts to a shot later in the day, where the two are talking about their plan in greater detail, bragging about how many people they are going to kill. They suggest that their story should be made into a film, speculating on whether Steven Spielberg or Quentin Tarantino would direct it.

The tape then cuts in and out once again, to the two boys on March 18 "in the middle of the night". Again, they talk about their plans to murder people, before discussing various things such as credit card fraud and tests, and inventing excuses on why they would need certain parts that they were still to purchase for their upcoming attack, in case anyone was to ask them. They ponder if the police will watch the entire footage of the tapes, then suggest that the authorities would probably slice the footage up, omitting certain parts to convey a specific image of the killers, twisting their words so to speak. Finally, they talk about how they wanted copies of their videos to be sent to 4 news networks, before Harris briefly references his journal. The tape then ends.[2]

The first of these two tapes is labelled "Reb's Tape" (Reb being Harris' nickname), and shows footage of the two in the front of a car, stating that "We are on our way to get the rest of our gear", before revealing the date, April 11, and claiming that "We've been planning this for over eight months". The camera then cuts out and back in to the two once again driving, revealing that they had just purchased two large fuel containers, as well as three propane bottles.

The tape then stops once more, before cutting back to a closeup of Harris' face; he is now alone, and begins to talk about his family, apologizing for the agony that he knew the coming events would put them through and telling them that it was not their fault. He states that there are seven and one-third days left, before listing off five names. Finally, Harris turns the camera to his previously seen journal which he now dubs the "Writings of God", flicking through the book while talking about his beliefs, before showing various "doom drawings" that he had done near the back of the book. The tape then finishes.

The second tape simply contained small amounts of footage of Klebold, Harris, and two other boys, presumably in footage recorded for a school project. As such, most people don't count this additional tape as part of the "Basement Tapes" (it has been included here for reference reasons, and due to the fact that it is counted by authorities as part of evidence item #298).[3]

This tape was found by authorities in a Sony 8mm video camera with "Columbine High School" engraved on the side (evidence item #200). The tape was labelled "Top Secret Rampart". It begins with footage of Harris and Klebold in Harris' home, with Harris filming. Weapons can be seen on the floor, such as pipe bombs (which Harris begins to describe in detail), as well as two guns (a sawn-off shotgun and a carbine) and two boxes of bullets. Shortly afterwards, Klebold takes the camera and aims it at Harris, who is now holding the guns.

The camera then cuts out and back in, now showing Harris (in different clothing) again holding the guns. The two converse for a while, then the tape cuts out again. When the footage cuts back in, it's of Harris alone in a moving car, with the camera mounted on the dashboard. He then begins to apologize to various friends for what he had planned to do, talks about how "It's a weird feeling knowing you're going to be dead in two and a half weeks", about whether he "should do it before or after prom", and that he would have liked to have re-visited Michigan and some "old friends". He then falls silent and begins to cry, wiping a tear from his face, before shutting the camera off.

The next cut-in shows the two men in Klebold's bedroom, fiddling around with their weapons and securing guns to their clothing (the same clothing that they would die in). Harris once again mentions Brandon Larson, and talks about his head being on his knife (despite the two threats made towards Larson in the videos, he didn't end up being one of their victims). They talk some more about various things, before the camera once again cuts out.

The next footage seen is that of Klebold and Harris once again in Harris' home. Harris is filming Klebold. "Say it now" speaks Harris, prompting Klebold to begin giving a goodbye message to his friends and family. Klebold then takes the camera and films Harris, who too, records a goodbye message. The final words spoken on the recording are of Harris saying "That's it. Sorry. Goodbye", before Kleold sticks his face in the camera and also says "Goodbye". The final image is a few seconds of the static camera facing a sign on the wall of Harris' bedroom (partially blocked by someone's arm in the camera's line of sight), with a haunting image of the letters "CHS", along with a bomb with a lit fuse, and the word "clue", written in bold black lettering. Authorities have determined that this last piece of footage was taken roughly 30 minutes before the attack.[4]

Retrieved from "https://lostmediaarchive.fandom.com/wiki/The_Columbine_Killers%27_3_Unreleased_%22Basement_Tapes%22_(Partially_Found_Tapes_1999)?oldid=209230"
Community content is available under CC-BY-SA unless otherwise noted.