In 1971, Jerry Lewis and Nathan Wachsberger began producing a film titled The Day the Clown Cried, which was quite controversial due to its content; that being of a Clown who becomes a prisoner of war in a Nazi concentration camp for speaking badly of Adolf Hitler. The plot is incredibly dark and tragic, that being another reason for its controversial nature, despite only having been seen by a handful of people. The script was originally written almost a decade earlier, in 1962, by Joan O'Brien and Charles Denton, although it was eventually re-written from the ground up by Lewis, prior to the beginning of the film's production.

The production of the film was riddled with issues, namely being that the budget for the film ran out before its completion. A feud ensued between Lewis and Wachberger, which ended with Lewis taking a copy of the film so that it wouldn't get lost, and Wachberger keeping the original negatives, planning to finish the film himself. Nothing ever came from Wachberger; though Lewis continued working on the film, stating in 1973 that the film was in final production, and had even been invited to play at the Cannes Film Festival, after which time it was to be released in America. To this day, the film has not been released, and has become somewhat infamous amongst film buffs/historians.

In 1979, comedian Harry Shearer was shown a rough cut of the film, later recalling the film in a 1992 magazine article and saying "with most of these kinds of things, you find that the anticipation, or the concept, is better than the thing itself. But seeing this film was really awe-inspiring, in that you are rarely in the presence of a perfect object. This was a perfect object. This movie is so drastically wrong, its pathos and its comedy are so wildly misplaced, that you could not, in your fantasy of what it might be like, improve on what it really is. 'Oh My God!' – that's all you can say."

Several screenshots from the film and photos from the set have surfaced, as well as a early draft of Lewis' re-written script from 1971,[1] a brief behind-the-scenes clip and, most recently, a half-hour, 1972 Flemish behind-the-scenes documentary on the production, featuring actual takes of a scene from the film (one of which would have presumably been used in the final product). In 2001, while giving a motivational speech, Lewis was asked about a potential release for The Day the Clown Cried, replying "none of your goddamn business!". However, when asked the question again by an audience member during a live 2013 interview,[2] he revealed that the film would never receive a release, the reason being that he was embarrassed by how it turned out.

French film director Xavier Giannoli publicly revealed in 2012 that he is in possession of a 35mm, incomplete (1h 15m) copy of the film and has stated that he has held a few private screenings of it, perhaps most notably for French film critic Jean-Michel Frodon, who wrote about it in his 2013 publication The Last Laugh: Strange Humors of Cinema.[3][4][5] 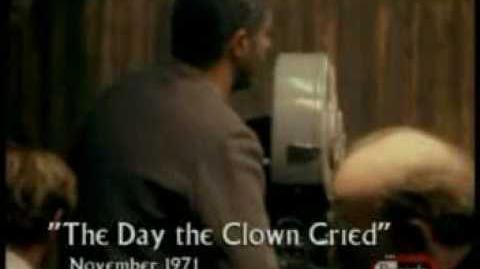 The Day the Clown Cried - Jerry Lewis (behind the scenes)
Short behind-the-scenes clip. 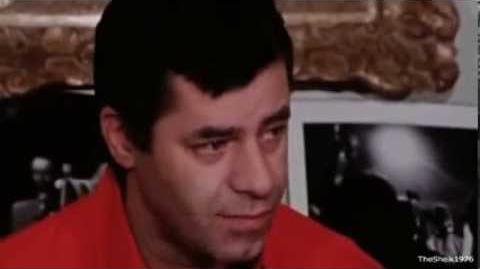 "The Day the Clown Cried" (1972) Behind the Scenes (High Quality;Partially Subbed)
The full Flemish behind-the-scenes documentary (courtesy of Uncle Sporkums). 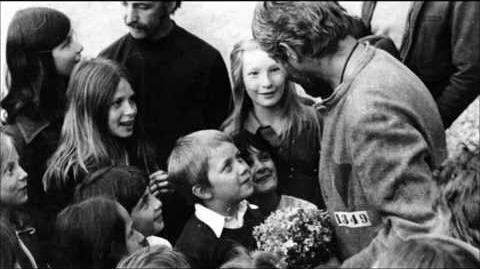 "The Day the Clown Cried" Pictures (Updated)
A collection of stills from the film (updated 11 May '14, courtesy of Uncle Sporkums). 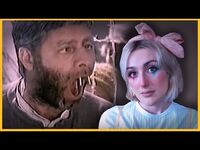 This Disturbing Lost Film Will Be Found In The Year 2024
Izzzyzzz's video on the subject. 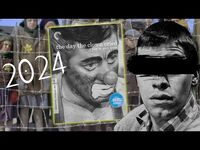 The Controversial Film That's Lost Until 2024 - sourcebrew
sourcebrew's video on the subject.