On the 5th of June (or the 8th, depending on who you ask), 1971, during a taping of The Dick Cavett Show, guest longevity and health guru Jerome Rodale suffered a fatal heart attack and was pronounced dead shortly after.

After finishing his interview, Rodale was sat in a chair next to the then-current interviewee (New York Post columnist Pete Hamill), when his head suddenly slumped backward, as he let out what was said to be a 'snoring-like' sound. Allegedly, at this point, Dick Cavett turned to Rodale and asked "Are we boring you, Mr Rodale?", although Cavett has emphatically denied being able to recall ever having said such a thing, also stating that he somehow knew there and then that Rodale was in fact dead, and not joking around.

Somewhat ironically, during his interview, Rodale was quoted as saying "I’m in such good health that I fell down a long flight of stairs yesterday and I laughed all the way", "I’ve decided to live to be a hundred" and "I never felt better in my life!".

The episode was never broadcast, for obvious reasons (instead a re-run took its place), although Cavett has described the event many times both in documentaries,[1] interviews[2] and in his online blog,[3] just to name a few. Cavett and his staff warily viewed the recording of the incident several weeks later, only then noticing for the first time the irony in what Rodale had said during his interview. Rumor has it that Cavett himself is still in possession of the master tape, and while this claim is likely true, it has never actually been verified by Cavett himself. 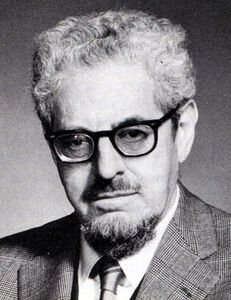 Retrieved from "https://lostmediaarchive.fandom.com/wiki/The_Dick_Cavett_Show_%22Jerome_Rodale_Death%22_Episode_(1971_Unreleased_Talkshow_Episode)?oldid=35237"
Community content is available under CC-BY-SA unless otherwise noted.