The Garfield Show is a French/American CGI animated television series that premiered in France on France 3 on December 22, 2008. English-language episodes started airing on Boomerang UK on May 5, 2009. Following a Halloween sneak preview, it premiered in the United States on Cartoon Network on November 2, 2009.

Down on the Farm was the twenty-third episode from the show. In this episode, Orson Pig was intended to have a cameo appearance. When Garfield complains about farm life, Orson tells Garfield to stop complaining and be glad that he is still part of the show. Orson's model was created and his lines were recorded, but the scene got cut due to international laws (such as India) that forbid talking pigs.[1] 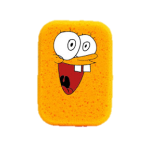