The Golem was a silent 1915 German horror film starring Paul Wegener as the title character, who also co-wrote and directed along with co-star Henrik Galeen. It told the story of a human sized monster made out of clay in ancient Prague to protect the Jewish people from their persecutors being found in the rubble of an old synagogue in the present day. It is brought back to life and used as a servant, but then it falls in love with a woman and goes on a murderous rampage when its affection goes unanswered.

After its release, the film wasn't heard from afterwards, and was reported as being lost for many years. Afterwards, some footage from the first act was recovered, then in 2007, a couple of minutes from the fourth act were recovered as well. Two more Golem films from the same actor/director were produced in the following years (another now lost, the other widely available), but so far aside from a few photos and the aforementioned recovered fragments, no other footage from this film has surfaced. 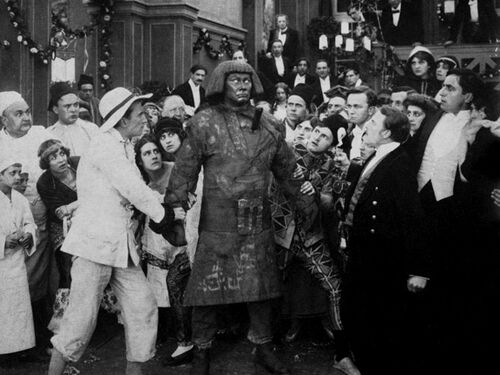 Still from the film. 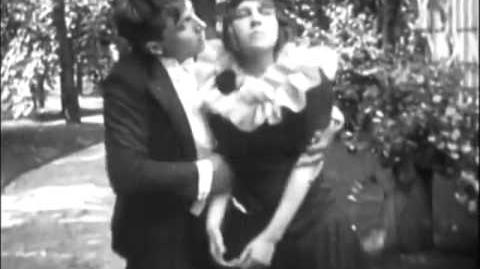 The Golem 1915 Fragments-0
The found footage edited together (mirror of the original, now-removed upload). Enjoy!
Retrieved from "https://lostmediaarchive.fandom.com/wiki/The_Golem_(Partially_Lost_1915_Silent_Horror_Film)?oldid=68991"
Community content is available under CC-BY-SA unless otherwise noted.