The Hideout (original French title: L'Explosion, "The Explosion", also known in Italian as L'Uomo di Marsiglia, "The Man from Marseilles") is a French-Belgian-Canadian-Italian crime-comedy film that was originally released in 1971.

It was directed by Marc Simenon, written by Alphonse Boudard and starred Frédéric de Pasquale as the lead. Other famous actors included Mylène Demongeot, Paul Préboist and Richard Harrison.

The plot is about Paolo, a criminal who, after serving years of prison time, decides to go retrieve stolen jewels he hid inside an abandoned well in the lost countryside. However, when he returns there, he finds out that a whole holiday resort has been built on it. He will have to impersonate a normal-looking tourist in order to find the well.

Apart from its original theatre release in 1971, the movie has no known home video versions.

The only form of media that has been made available to the public is the soundtrack of the film, which is still very rare.

A Canadian television archivist has uploaded on YouTube short excerpts from the movie, although he doesn't give any more detail about it on his website. When asked, he has replied that he owns the whole movie but that it has been kept out of circulation out of request from lead actress Mylène Demongeot. 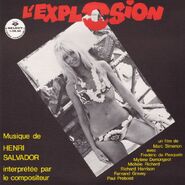 Cover of the movie's soundtrack disc. 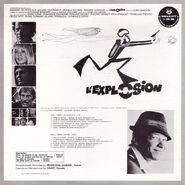 Back of the movie's soundtrack disc package.

Italian poster of the film.
Add a photo to this gallery

Retrieved from "https://lostmediaarchive.fandom.com/wiki/The_Hideout_(Unresurfaced_1971_Crime-Comedy_Film)?oldid=35304"
Community content is available under CC-BY-SA unless otherwise noted.