Check out the Lost Media Wiki’s article on The Sad Story of Henry BBC adaptation!!!!

The Railway Series is a set of British books about a railway system located on the fictional Island of Sodor. There are 42 books in the series, the first being published in 1945. Twenty-six were written by the Rev. Wilbert Awdry, up to 1972. A further 16 were written by his son, Christopher Awdry; 14 between 1983 and 1996, and two more in 2007 and 2011. It has been best known for been adapted for television in 1984 as Thomas the Tank Engine & Friends (later renamed as Thomas & Friends, in Series 7). While this is undoubtedly the most famous adaption of Awdry's stories, it was not the first. The first attempt was a live broadcast on June 14, 1953 by the BBC. However, the broadcast fared very poorly and caused plans for further adaptions to remain scrapped for three decades.

In 1953, the BBC approached The Railway Series editor Eric Marriott and inquired about the possibility of adapting two stories from The Railway Series for television on 14 June of that same year. The broadcast was to be done using 0O Gauge Hornby Dublo Models, while P.R. Wickham made the sets. This was to ensure that authenticity to the Author and Publishers requests. The episode was broadcast live from Lime Grove Studios on Sunday, June 14, 1953.

Six 0O gauge engine models shown in a Model Maker Magazine have rumored to have been the ones used, likely due to the photographs having been taken early in the same year. The written article however provides a description which contradict the claims.

The incident made the front page of several newspapers a week later, taking precedent over the murder trial of serial killer John Christie. This caused the June 21 broadcast to be delayed to June 28 and then cancelled. Although numerous attempts were made to revive the series, all were unsuccessful until the early 80s. 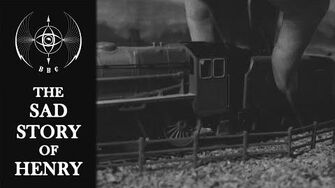 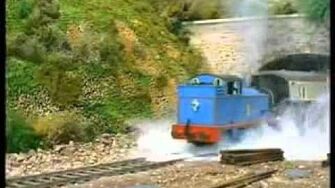