{{NSFW}} The Skywayman is a 1920 "documentary" film about stunt flights. The film was notable for two things: having impressive stunts take place and having one of those stunts go horribly, horribly wrong.

On the night of August 2, 1920, one stunt was being filmed using floodlights to help guide the pilots and enable them to be seen by the camera. The two pilots, Ormer Locklear and Milton "Skeets" Elliott were operating a bi-plane and instructed the crew members to shut off the lights when they were getting ready to get close to the ground. They had flares attached to the wings, giving the planes the illusion that it was on fire. The plane was to simulate a crash on the ground. The crew neglected the directions to turn off the floodlights. Blinded by the glare of the lights, the pilots had no idea the ground was closer to them than they thought and the plane crashed, killing both instantly. Locklear's girlfriend, Viola Dana was on set and witnessed the crash. The scene along with its aftermath (complete with Dana's horrified reaction) was left in the film, making it one of the first films to feature the onscreen deaths of its members. The scene shocked audiences worldwide.

The film is now lost entirely. No prints are known to exist, but some production stills, advertisements, and photos of the crash survive. In 1980 a 13-part television documentary titled Hollywood: A Celebration of the American Silent Film was made, with episode 5 "Hazard of the Game" detailing the stunt with interviews and stills. Traces of Death (a film series that imitates Faces of Death) reportedly tried to find the footage, only to find out that the film was lost. 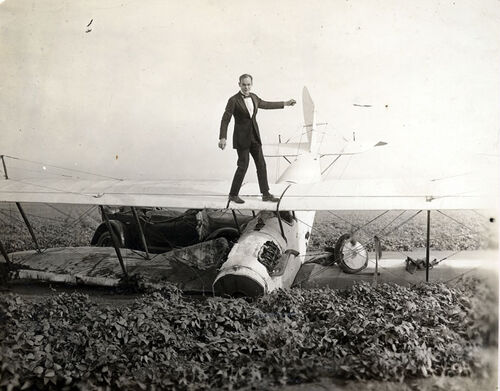 A (tragically ironic) promotional photo for the film, of Ormer Locklear atop a totaled bi-plane. 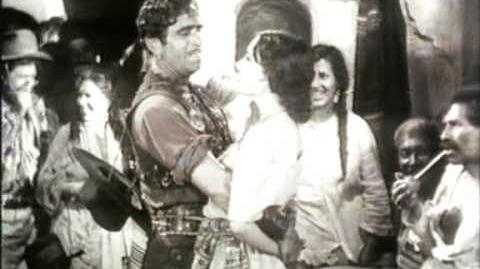