Start a Wiki
watch 01:50
The Loop (TV)
Do you like this video?
The SuperMarioLogan Movie was a movie based on the popular plush channel SuperMarioLogan. It was cancelled in 2019 and was announced on March 4th, 2020 by Chilly Jimenez, Logan's ex Girlfriend, on Twitter stating Logan was too scared to do announcement of the film's cancellation and hopes anyone would forget about the film. With the project may be cancelled for good, It's currently unknown if it could ever finish production or to remake the entire movie completely.

revealed the plot in a live stream with SML reviewer dabhdude, It starts off with Mario and company, Jeffy hears the Ice cream truck and wants ice cream. The ice cream truck is driven by Screwball and Loan Dolphin, they were hired by Jeffy's mom, Nancy to kidnap Jeffy, but they kidnap Mario instead. Jeffy tells everyone Mario got kidnapped, only Chef Pee Pee see's the problem in this whole thing, while everyone goes on like "Who cares?". Then it cuts a shot of the living room and 2 days later the entire house is in chaos because Mario is missing. Bowser gets mail that the power will be cut if it dosen't get paid, and asks Chef Pee Pee where Mario is. Pee Pee explains to Bowser that Mario got kidnapped and nobody knows where he is, Bowser states he knows a guy who can track Mario down but is long dead. Then Bowser hears Bowser Junior and his friends talking about a doctor and his ability to bring anything back to life. Bowser requests Junior to tell him where to find the doctor and brings the with pieces Mama Luigi with him. The doctor then glues and staples Mama Luigi back together and brings him completely back to life. Bowser let's Mama Luigi know what happens and starts tracking down Mario. Jeffy's mom wants Mario to sign papers to give Jeffy back, Mario is about to when Mama Luigi, Bowser, Chef Pee Pee find her headquarters. A fight breaks out and Mario is saved. Mama Lugi then meets some of the characters in the SML house and something else happens. The rest of the plot such as the ending remains unknown. 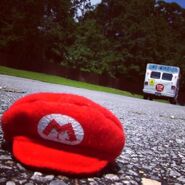 Mario's hat lying on the road 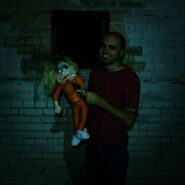 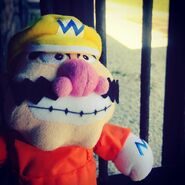 Retrieved from "https://lostmediaarchive.fandom.com/wiki/The_SuperMarioLogan_Movie_(Lost_Forgotten_Internet_Film_Based_on_YouTube_Channel_2017-2019)?oldid=168925"
Community content is available under CC-BY-SA unless otherwise noted.