The Syrupies is a Top-rated British Wool-knitted Stop motion animated Children's television series that ran for 3 series of 13 episodes each between June 2nd, 1995 to August 22nd, 1997, It was so popular world-wide until it was cancelled in 1997. A total of 39 episodes with a 1 one-hour Christmas television Special. It was created by Lee Davis and the same team behind another animated series PB Bear and Friends (with creation by Lee Favis) and the Animated segment of 2005 film The Hitchhiker's Guide to the Galaxy (film). The series was produced by Hill Roberts Films in association with London Weekend Television and later Granada Television for ITV, the characters are knitted that involve the use of stop-motion animation.

Despite being a popular series during its broadcast, The Syrupies has all but been forgotten. Hardly anything about it can be found online, no videos, VHS or DVD releases or articles about the series other than this wiki. It is unclear if the episodes have been wiped or whether they still survive somewhere. All we have to go on are some of the puppets used in the series which have been preserved.

Set in a Small English Town, with population of 2 Races, Humans and Underground Syrup-eating humanoid creatures called The Syrupies. 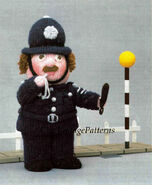 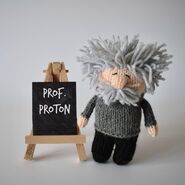 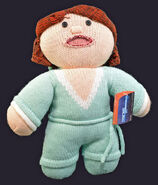 Trillian
Add a photo to this gallery
Retrieved from "https://lostmediaarchive.fandom.com/wiki/The_Syrupies?oldid=153351"
Community content is available under CC-BY-SA unless otherwise noted.