"The Missing Coach" or " Hello, Twins!" in the TV adaptation, was intended to be the fifteenth episode of Series 2 of Thomas the Tank Engine; it involved twins Donald and Douglas swapping their tenders in order to trick and fool the Fat Controller. Halfway through filming in 1986, it was decided that the story could not have been adapted in 4 minutes and 30 seconds, and because of this children will not understand the poorly written adaptation by the production due to the above reason. David Mitton (writer/producer/director of the show) mentioned in a 2008 interview, shortly before his death, that he still possessed all the original footage filmed for the episode. After his death, Britt Allcroft's nephew stated that he is in possession of the original footage.

A few shots from the episode were later incorporated into "Break Van", which was hastily rewritten to introduce the twins. 8 promotional images photographed by Terry Pername were distributed in various magazines, books and cards.

Every update until now:

3/10/19 :Another screenshot of the cancelled episode featuring the inspector talking to the Fat Controller about the arrival of two engines instead of one. This is the only evidence that the Missing Coach was blended with the Railway Series story named Hullo Twins ;

9/08/2020: Two new pictures have been discovered, which expose the fact that the special coach would have been orange branch line coach like Annie and Clarabel. The Twitter user @MK_inst said that if no leak happens, he will officially post the 30 photos photographed by Terence Pername during the production of the episode. 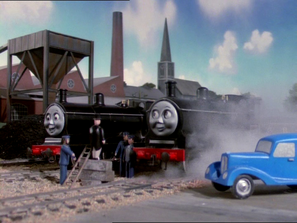 Donald, Douglas and Sir Topham Hatt as seen in the opening shot of this lost episode 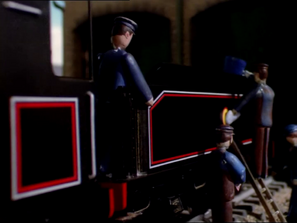 Donald getting his number painted on. 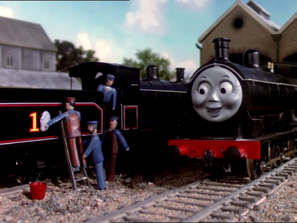 Douglas getting his number painted on. 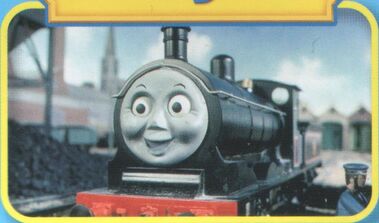 Screenshot of Douglas from the episode; seen on Douglas' "Take-Along" card and various other sources. 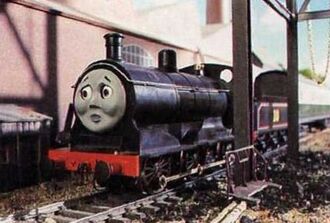 Another screenshot of Douglas; seen on the 1989 annual. 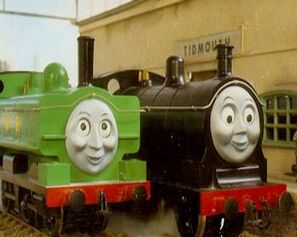 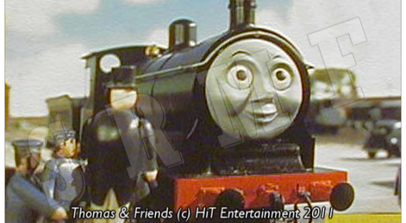 Another screenshot of Douglas pretending to be Donald source unspecified. 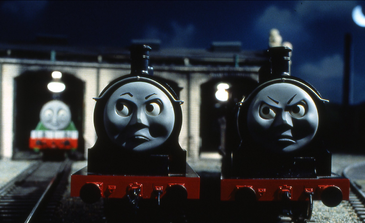 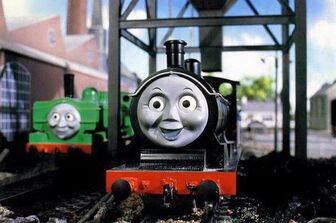 Duck and Donald at the Coaling Plant (Thanks to TheBlueSunil) 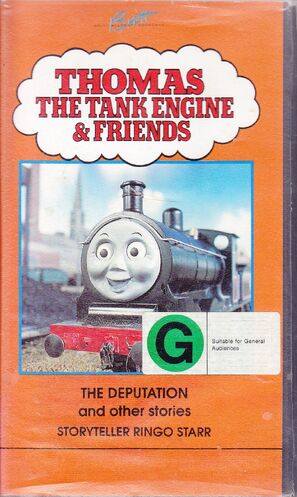 Douglas as seen on The Deputation NZ VHS cover 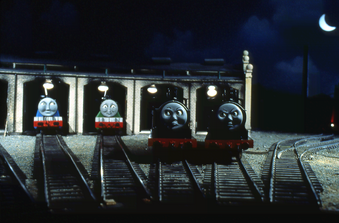 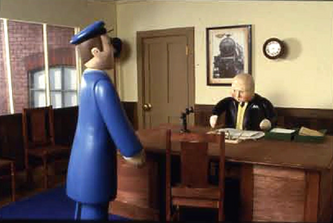 The inspector telling the Fat Controller about the arrival of the two engines instead of one. 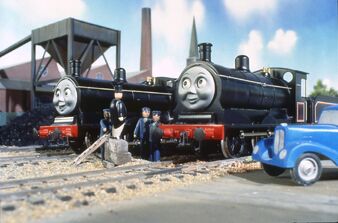 Donald and Douglas in a promo photo of the opening shot 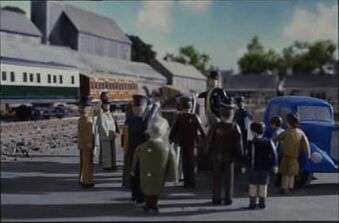 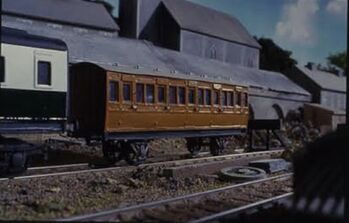 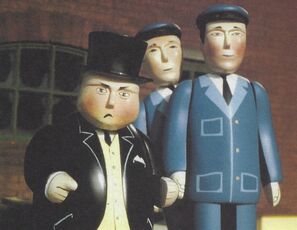 Confirmed image from the missing coach 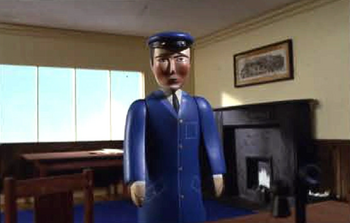 Another shot of the inspector talking to The Fat Controller. 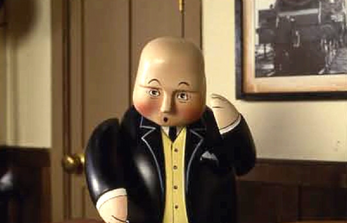 Another shot of The Fat Controller talking to the inspector. 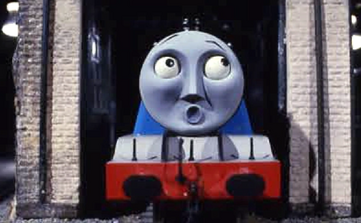 A shot of Gordon (a goof is found; his eyes are wonky.) 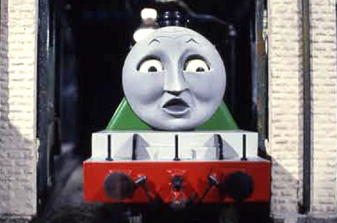 A shot of Henry. 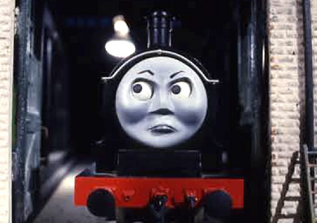 A shot of Douglas. 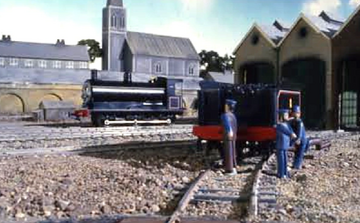 Confirmed image from the missing coach

Retrieved from "https://lostmediaarchive.fandom.com/wiki/Thomas_%26_Friends:_The_Missing_Coach_(Cancelled_Episode)?oldid=198306"
Community content is available under CC-BY-SA unless otherwise noted.