In the 1970s, director/artist Fredrick Hobbs was known for his bizarre, low-budget horror films such as Alabama's Ghost and The Godmonster of Indian Flats. However, only a select few are aware of his 1969 film Troika. Reportedly, the film was a "three-part psychedelic comedy about featuring an eight foot tall bug man who leads a civillization of blue-colored beings".

Many have claimed it aired on PBS back sometime during the 1970s, but has not been seen since. Its current whereabouts are unknown, but it is likely that director Hobbs may have a copy in his possession. 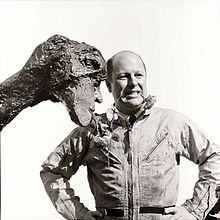 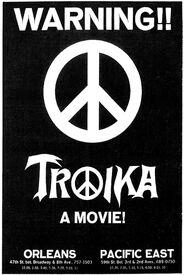 Advertisement poster for the film.
Add a photo to this gallery

Retrieved from "https://lostmediaarchive.fandom.com/wiki/Troika_(Lost_1969_Frederick_Hobbs_Film)?oldid=81373"
Community content is available under CC-BY-SA unless otherwise noted.