Unus Annus was a channel where two popular youtubers, Mark Fischbach and Ethan Nestor, would upload videos of them doing silly things while under 365 days. After the 365 days, the channel would be deleted forever.

The Channel was deleted on Saturday November 14th, 2020 at 12:00 A.M. PST on stream with Amy (Their Producer), Mark, and Ethan. They all grouped together for the deletion, exactly a year after they uploaded their first video on the channel. After the deletion, all of the videos were removed from the channel, including the stream, and it marked the end of The Unus Annus saga for good. Mark and Ethan explained that anyone caught re-uploading the full videos of Unus Annus on YouTube would be getting a DMCA take down from the pair so people wouldn't reupload.

While the majority of the videos were archived months before the shutdown on Internet Archive, the Goodbye stream was not saved and has become mostly lost apart from one of the clips from the streams shown here. Also a clip of the final 10 minutes of the stream can be seen here.

Due to Mark and Ethan's wishes for their videos (including the stream) to not be entirely archived, it seems that the stream might never be found ever and the duo may want it to stay that way. The stream may have become lost due to people not being able to archive it in time so its a possibility that it might never see the light of day ever again.

The purpose of the channel was for people to understand that you must live life to the fullest before it was too late. The channel also explained a scenario where you would have an entire year to do things you'd never thought of doing before running out of time but that's exactly what Mark & Ethan did during the span of the channel.

While something like this might not be recreated ever again, we all went through this journey of the channel seeing it grow as it was 12 months ago. The viewers learning a valuable lesson and enjoying life until times up.

Until then, Memento Mori, Mark & Ethan.

I'm surprised to say but the entire livestream has been found.

Livestream has been found as of November 24th, 2020 by Unus Annus Archive Discord: https://youtu.be/1ruj2uPnLK0

Also the livechat from the stream has surfaced and archived on IA (Internet Archive): https://archive.org/details/unus-anus-final-livestream-livechat 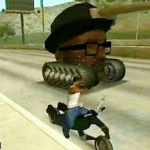