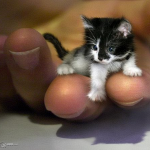 Find the Lost PBS Kids Idents and Schedule Bumpers, Lost Nickelodeon Bumpers And Interstitials, The Lost Logos Hub logos, Lost Noggin Sign-On Bumper from 2005, and Lost Noggin/Nick Jr Shows. I don't know why Super WHY! would air in 1999 on Nick Jr. for a pilot, and then go to PBS Kids in 2007 with Super WHY! (Whyatt), Alpha Pig, Wonder Red, and Princess Presto. Those characters might not be present in Nick Jr.

I found some TV-14 thing on Cartoon Network

Retrieved from "https://lostmediaarchive.fandom.com/wiki/User:CartoonNetwork2010Fan?oldid=123196"
Community content is available under CC-BY-SA unless otherwise noted.