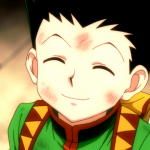 Sometimes I give myself the creeps

Best quotes of all time

"There are three things I hate in the universe, children, animals, and women with bad attitudes. So tell me, Jet, WHY DO WE HAVE ALL THREE NEATLY GATHERED ON OUR SHIP?!" - Spike Spiegel, Cowboy Bebop

"Why do women have butts on their chests?" - Son Goku, Dragon Ball Z

"Verizon...like Jesus, it never stops working for you." -That priest chick from Ghost Stories

"You look like Freddy Krueger face-%^&*ed a topographical map of Utah." -Deadpool

"'Stove', what kind of a name is that? Are you an appliance?" -Annie, Bridesmaids

"Nothing bad ever happens to the Kennedys!" -JFK, Clone High

Everything released by the "Chinamation" line

Retrieved from "https://lostmediaarchive.fandom.com/wiki/User:Obsessive_Cat?oldid=87251"
Community content is available under CC-BY-SA unless otherwise noted.