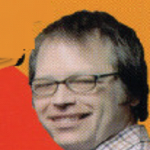 Hi, i'm RugmanDuck, and i create pages for this wiki. I'm a fan of 20th century animation, if you didn't know that. I also write creepypastas on the SOG wiki.

And now, some Rutles lyrics

Piggy in the middle (Whoo!)

The cat and the fiddle (Whoo!)

Piggy in the middle (Whoo!)

Batman: A Death in the Family - Lost Alternate Ending

Retrieved from "https://lostmediaarchive.fandom.com/wiki/User:RugmanDuckIsBack?oldid=142043"
Community content is available under CC-BY-SA unless otherwise noted.