No editing this page!

also here is some lovely images for your eyes

Cheesy and Microphone sitting in a tree K I S S I N G!

Recreation of something I found on Deviantart

CaN wE fIx It?

Me and the boys at Piper Swine's house.

That's not a Thomas Recolour at all! 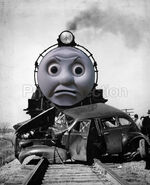 You're a very naughty engine!

Thomas has gotten darker over the years, Hasn't it?

Better than any adaption that Mattel could do anyday!

Can't blame Pingu can you?

Credit to ScummiestoftheBoBs for the idea 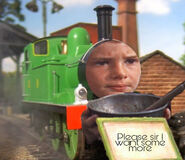 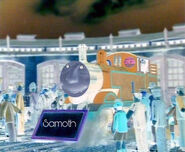 Thomas had some temporary upgrades on him

Every copy of Deer Simulator is personalised

It hasn’t been the same

A lovely story involving Tomtom the Tanktank: Tommy gets posioned 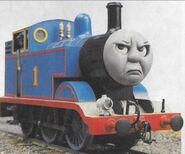 It was a very horrible and wet day, Thomas was taking a shipment of uranium to South Tidmouth. 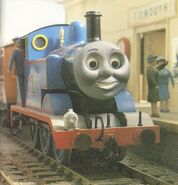 After finishing his job Thomas had a drink from the water tower. 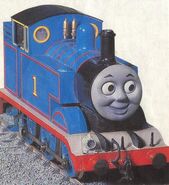 "Oh no" Said James, before getting a horrifying disease from Barry. B Benson.

Then Percy came in with Trucks full of Explosives "GET OUT OF THE WAY!" he yelled

(Thomas was unavailable so Pingu takes took his place) The next day, Thomas ordered his meal. TO BE CONTINUED.

At last, Thomas's order arrived "Delicious" he said but once he took a bite, he got food poisoning

"Cinders and Ashes" he said "I better sue that restaurant!"
Add a photo to this gallery
Retrieved from "https://lostmediaarchive.fandom.com/wiki/User:TheBigBigArchive?oldid=179838"
Community content is available under CC-BY-SA unless otherwise noted.
FandomShop Newsletter Join Fan Lab