Hey everybody, I'm Daniel Celano. I love finding lost media such as the lost episodes of Thomas the Tank Engine. 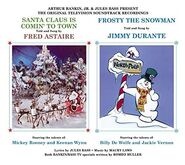 Since 2002 when it was released on CD, the original 1969 audio of Frosty the Snowman has been surfaced and is more extended, in which the music during the train scene runs 20 seconds longer.

A deleted long shot during an early draft The Busy World of Richard Scarry's theme song
Add a photo to this gallery
Retrieved from "https://lostmediaarchive.fandom.com/wiki/User:ThomasandFriendsLover?oldid=168674"
Community content is available under CC-BY-SA unless otherwise noted.
FandomShop Newsletter Paramount+