On September 9, 2006, VeggieTales began airing on NBC's former children's programming block, qubo (which is now its own full-fledged TV channel). Though similar to the home video series, these episodes featured a brand new theme song along with bridging segments taking place at Bob's house. But what Phil Vischer didn't know was that NBC had a rule that its programs could not advocate any religious point of view. Phil Vischer said that if he knew that NBC had a restriction against religious programs, he wouldn't have gave them the rights. Strangely, re-tellings of Bible stories still aired. With the exception of the theme song, none of these NBC episodes have surfaced on the internet. It is likely due to the fact that the stories of every episode were already available on DVD and VHS which gave people little reason to record the episodes (outside of the bridging beginning and end segments and some edits for either religious reasons or time). Some NBC episodes are on YouTube in Spanish. It's possible that some people could be able to do a VHS capture of the episodes that were released and edit them to what the NBC episodes were.

Episodes that aired on Qubo

Episodes that were aired on Gosepl Music Channel (Season 3)

Silly Songs that Were on Qubo

Other Songs/Sketches That Were on Qubo

One segment of the direct-to-DVD release "God Made You Special", called Bob's Vacation, is rumored to have been made into a TV episode as the Season 2 premiere, as some websites list it before "The Ballad of Little Joe". However there is no other proof of its existence as a TV episode, and the airdate listed is actually the release date of the home video, as are other home video-only releases included on such lists. Further disproving this theory, Big Idea's website would tell what episodes air that coming weekend on its homepage (http://web.archive.org/web/20070809152848/http://www.bigidea.com:80/#), and an archived version of it the day before the supposed airdate shows a rerun of "Dr. Jiggle and Mr. Sly". Also because there's no way to make a 10 minute episode into 22 minute episode.

UPDATE 6/7/14 The NBC scenes for "Esther, the Girl who Became Queen" have been uploaded by a Youtuber named "VeggietalesVHS". And according to the description of the upload, he's uploading more TV clips of the episodes.

UPDATE 6/11/14 The NBC scenes for "The Asparagus of LaMancha" have been uploaded.

UPDATE 1/8/15 The NBC scenes for "Lyle the Kindly Viking" and "The Englishman Who Went Up A Hill (And Came Down With All The Bananas)" have been uploaded.

UPDATE 5/10/15 The NBC scenes for Rack, Shack and Benny, Larry-Boy and the Fib From Outer Space and Larry-Boy and the Rumor Weed have been uploaded, as well as all three Pa Grape's Home movies segments, ripped from the "Lessons From The Sock Drawer" DVD.

UPDATE 4/16/2016: The episode "Babysitter in Denile; The Story of Flibber-O-Loo" has been found on Dailymotion by Yumi Fujiwara (known on here as mimitchi33).

UPDATE 4/23/2016: mimitchi33 has uploaded another episode to Dailymotion! This time, it's King George and the Ducky. Also, SunsetShimmerFan has found out that this version of the show airs on Family Entertainment Television at 8:00AM Eastern Time on Saturday mornings. This network can be found on channel 83 on Dish Network, channel 578 on AT&T U-verse. mimitchi33 also found out that WLMB airs the show from 8:30AM to 9:30AM EST on Saturdays.

UPDATE April 7, 2017: As someone stated in the previous update, VT airs on Cozi. I checked my TV guide and indeed it does. So I will be recording and uploading these episodes to YouTube and/or Dailymotion starting tomorrow or Monday and sharing them here as well. -Francofantino

UPDATE May 7, 2017: I'm in a good mood tonight because I've got five episodes for you guys, including a re-upload of Lyle, The Kindly Viking.

UPDATE September 2, 2017: We just need Minnesota Cuke and the Search for Samson's Hairbrush for the entire series to be complete.

UPDATE December 8, 2017: We need LarryBoy and the Bad Apple in two parts on TV, and Bob's vacation.

UPDATE August 2018: Minnesota Cuke and the Search for Samson's Hairbrush turned out to be a reconstruction, but the video source for the entire episode is real as it derives from the Spanish dub, with the English audio from the TV scenes and the Minnesota Cuke DVD dubbed in.

UPDATE February 2020: It turns out that the Sheerluck Holmes episode isn't fully found either. The end of the closing Bob's House segments is cut off, same with the beginning of the credits. So if anyone has WMBC, please record this episode in it's entirety. Also, please do the same with Minnesota Cuke. If you do that, the series will be complete!

UPDATE April 2020: CatBoyFan21 discovered that VeggieTales on TV is also on a network called WLMB, which serves Boston and Michigan, but you can also watch the network online, no matter where you live. So the next time WLMB airs Sheerluck Holmes and Minnesota Cuke, make sure to record it. 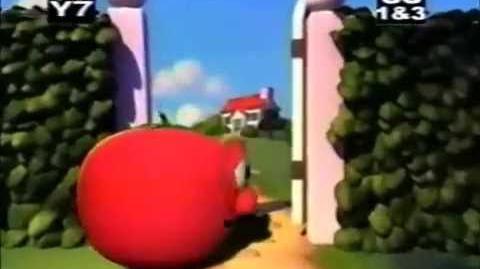 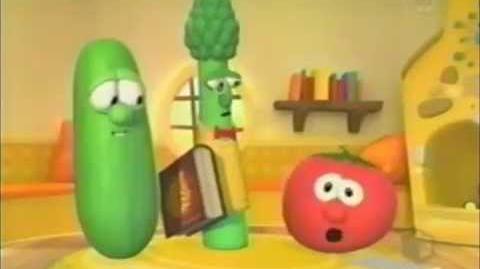 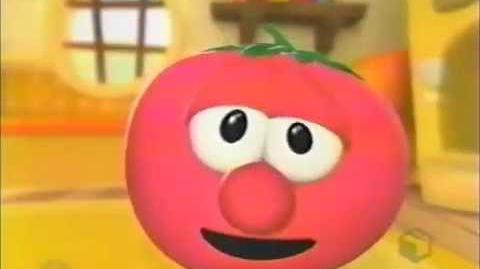 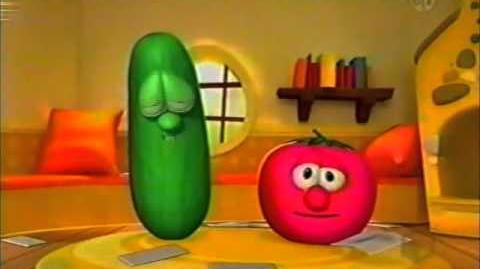 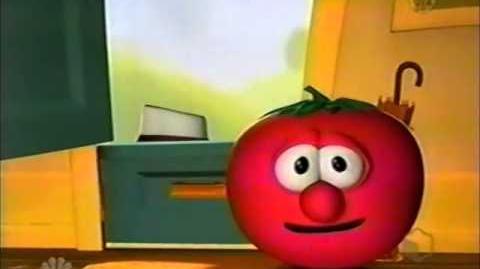 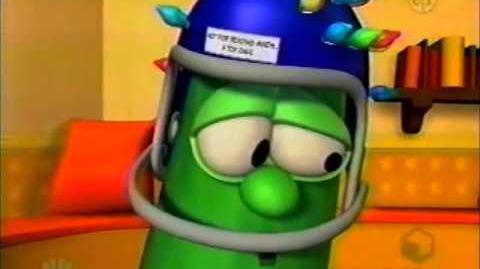 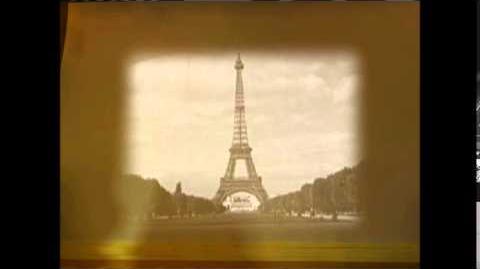 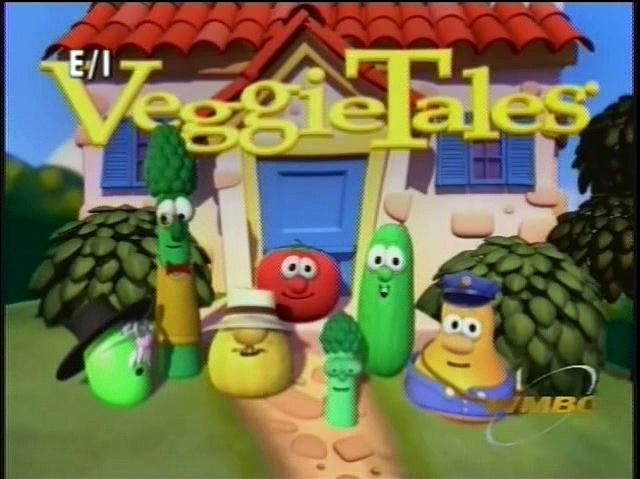 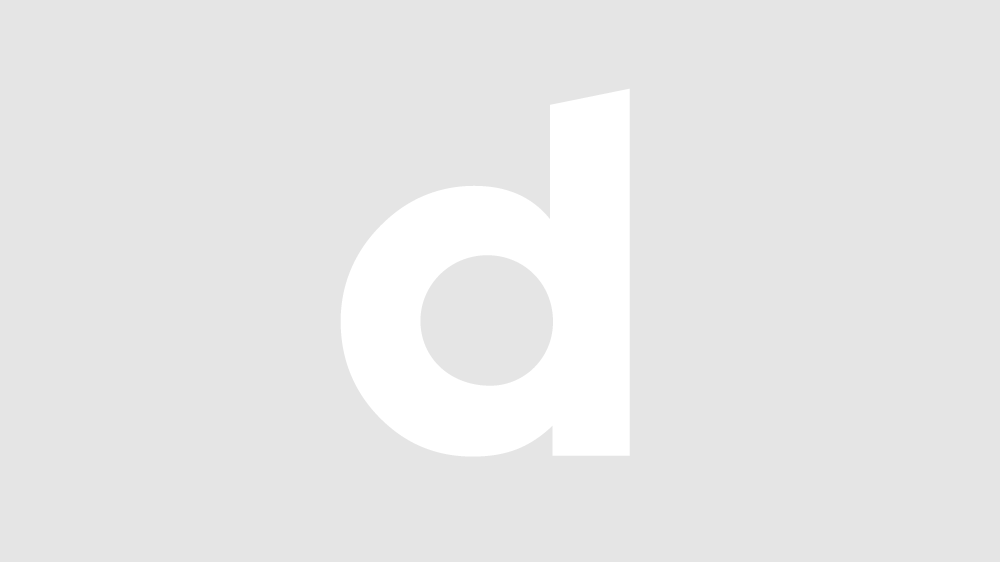 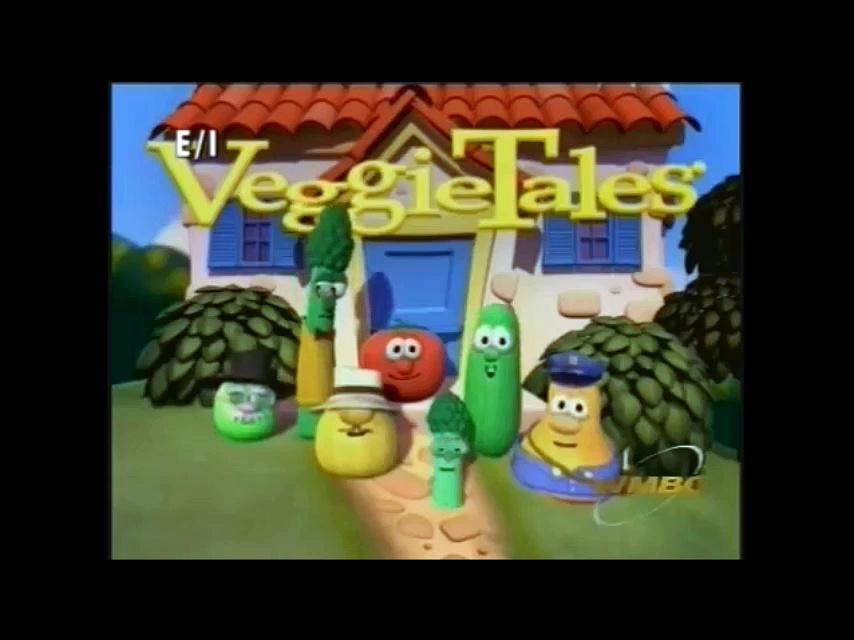 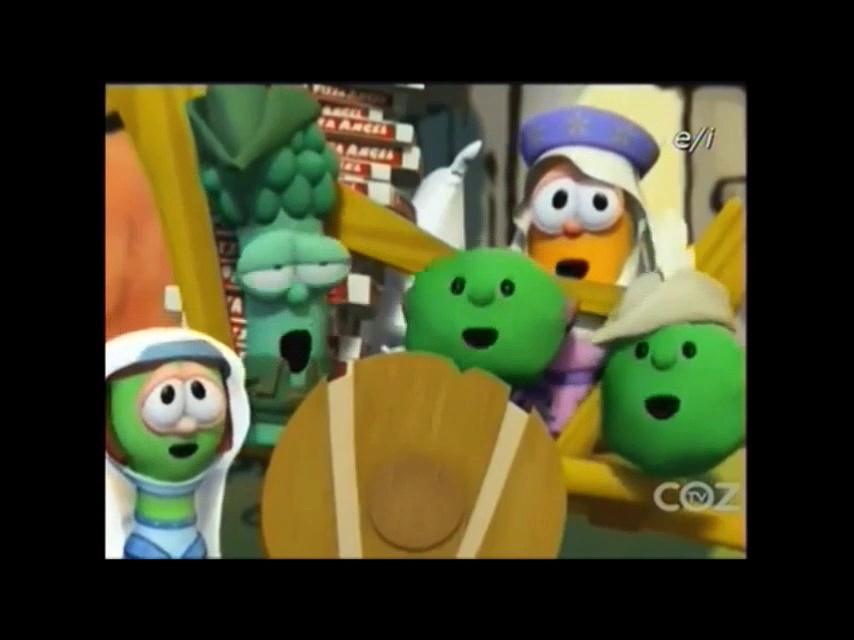 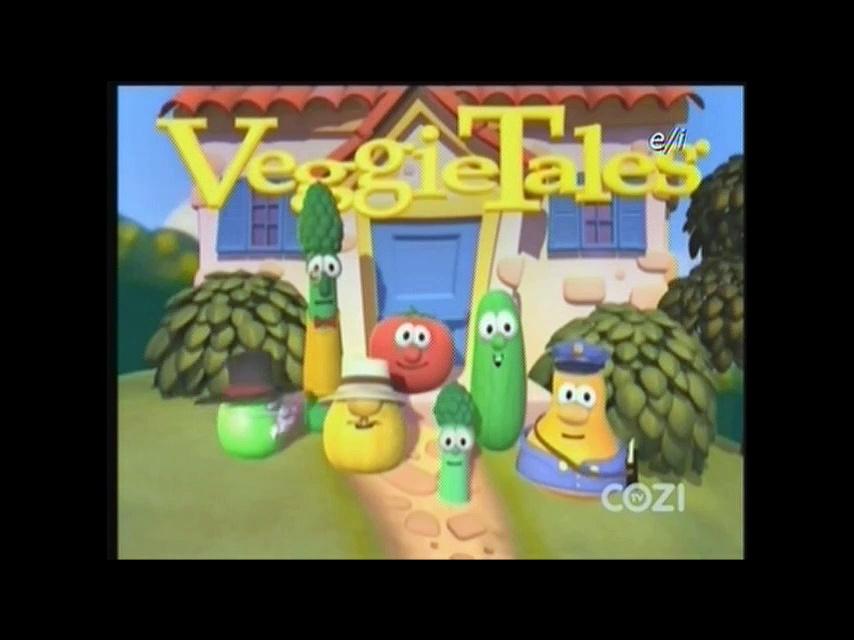 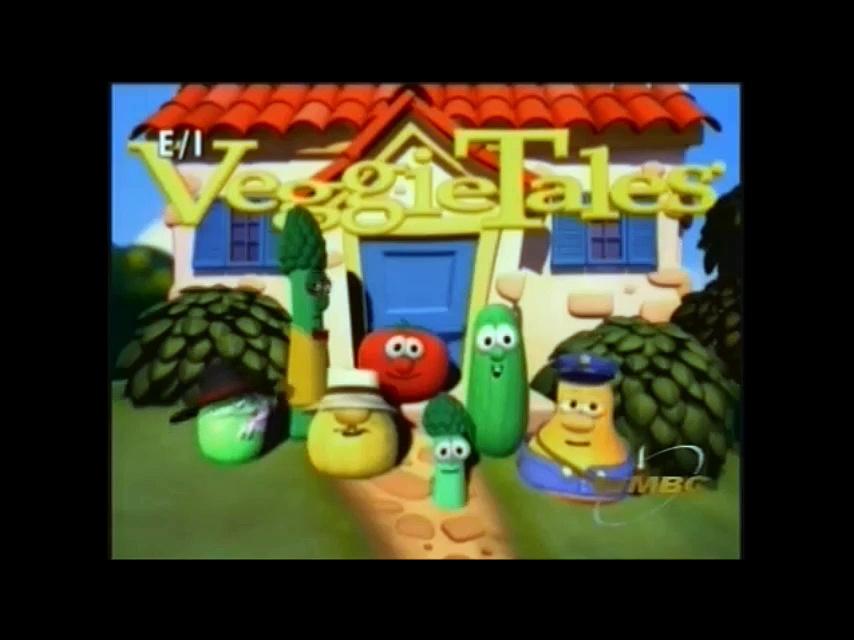 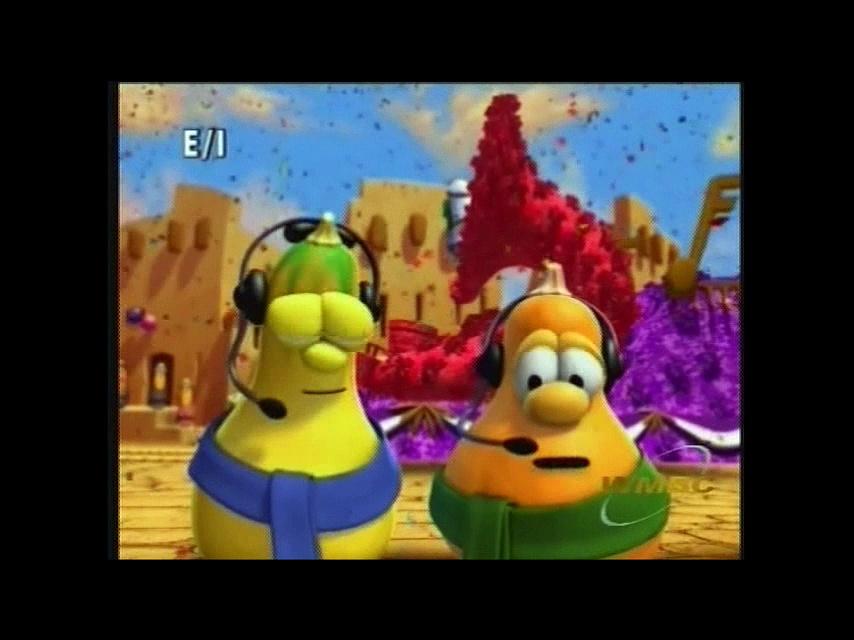 VeggieTales on TV The Missing Episode-0 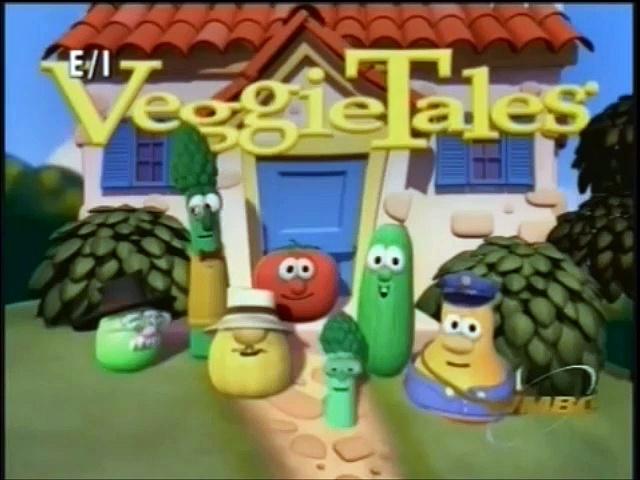 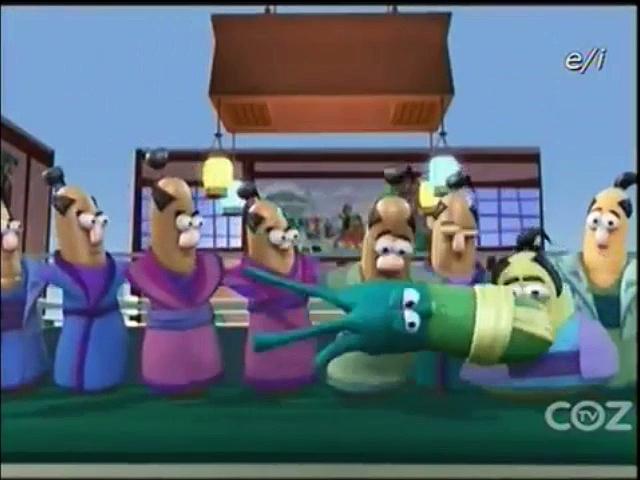 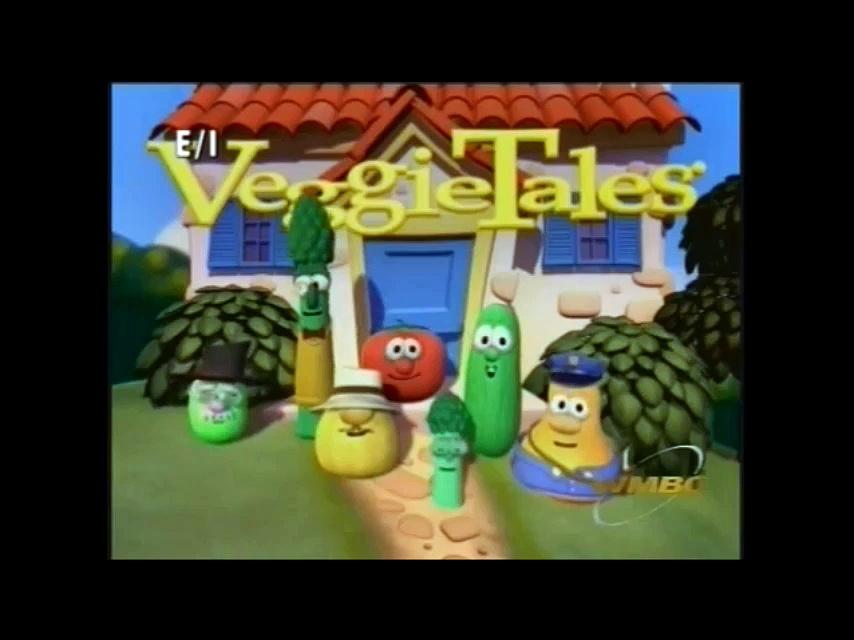 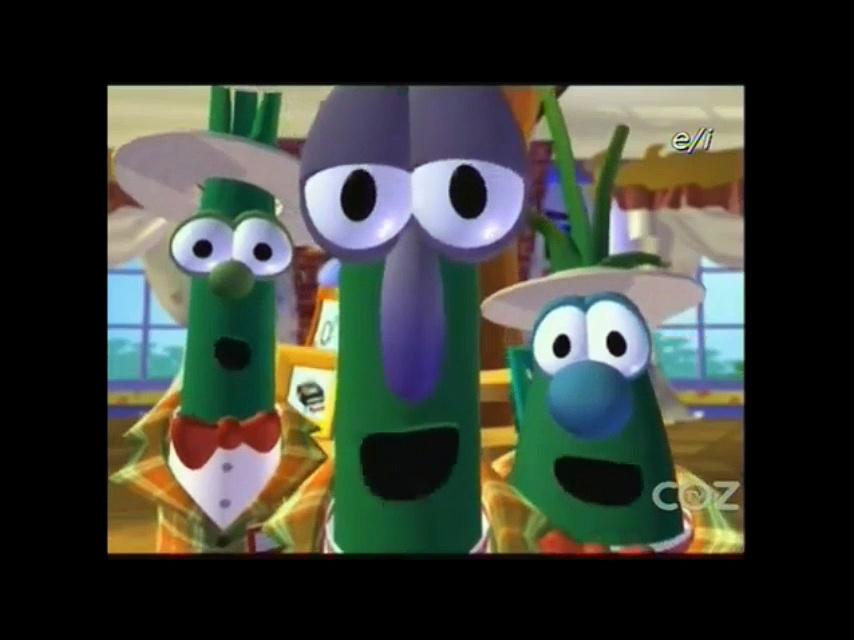 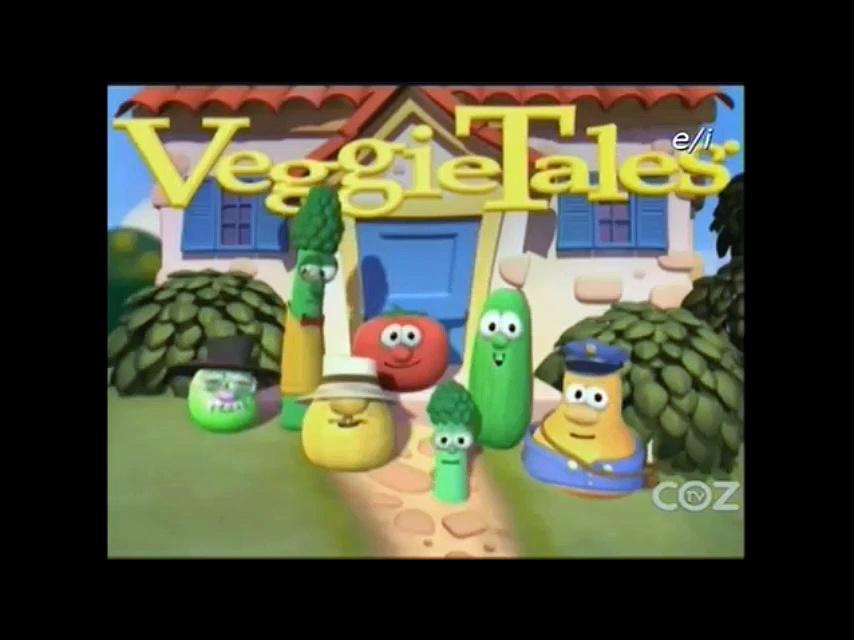 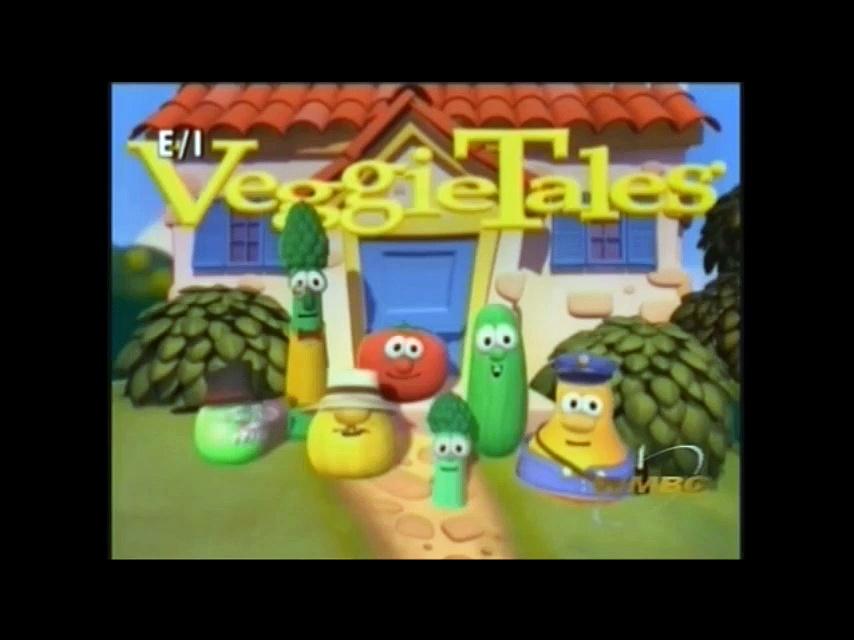 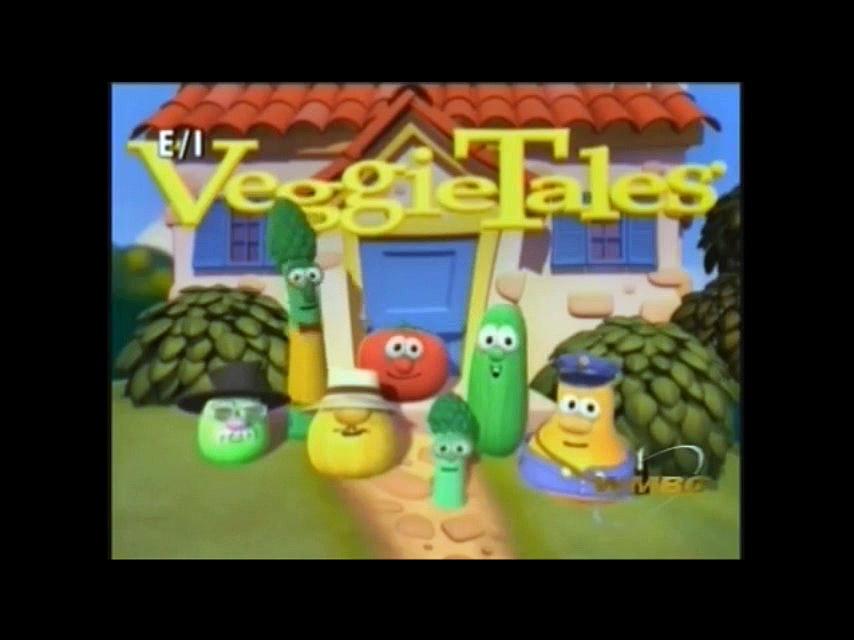 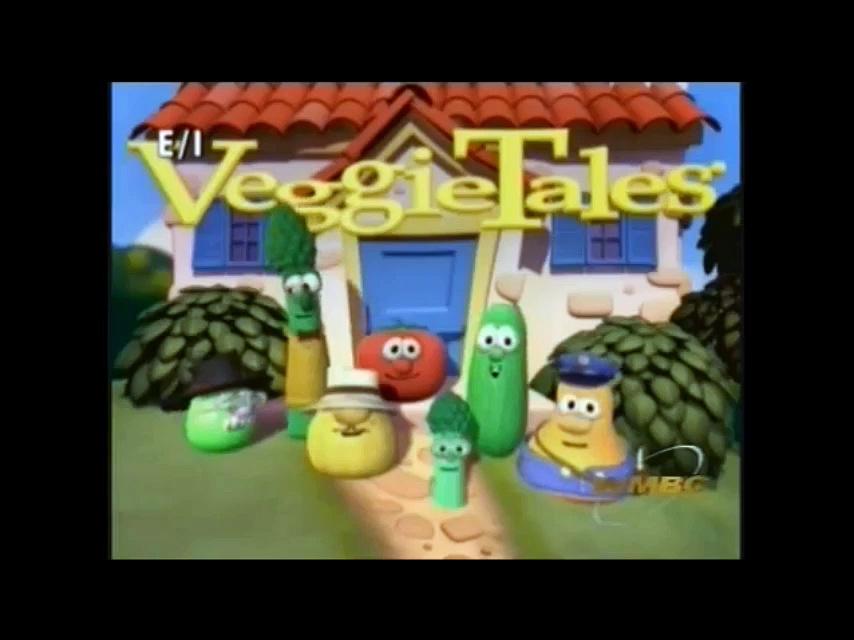 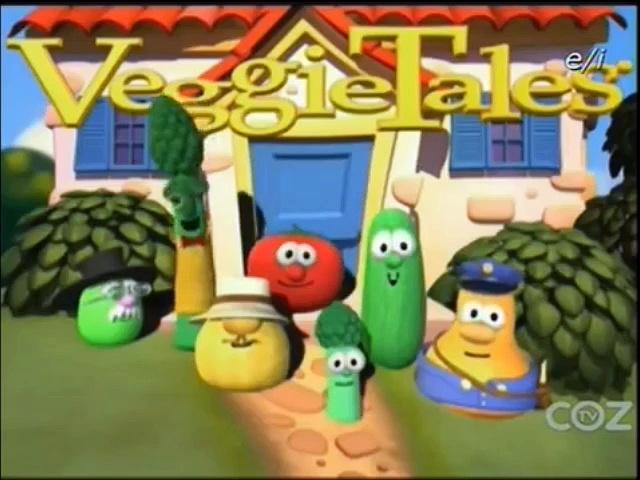 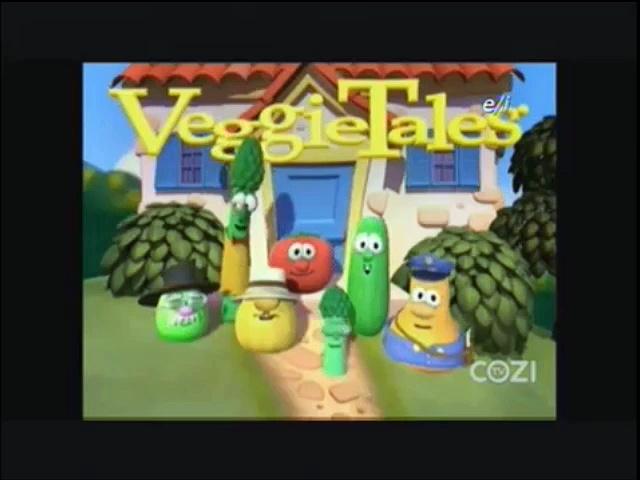 VeggieTales on TV Season 1; Episode 5
Add a photo to this gallery
Retrieved from "https://lostmediaarchive.fandom.com/wiki/VeggieTales_(Qubo/Syndicated_TV_Version)?oldid=156252"
Community content is available under CC-BY-SA unless otherwise noted.