Catastrophe is A Lost Episode From Wacky Races (2017 TV Series), It Was Premiered on Boomerang In August 12, 2019 And it Was Released on October 21, 2019, And it Was Also Released in November 24, 2019 on The Boomerang App, But Since It was Never Picked up on Both Websites It Was Lost And It Can Only Be Found on The Boomerang App, But There's a Only Person That Found The Lost Episode is The Boy Named Kristopher Taylor, He also Had a Youtube Channel TurnerYoutubeSystem Kristopher Taylor His Youtube Channel Title is a Reference to Turner Broadcasting System, He Recorded The Clips In 2019 to 2020, He Really Wanted This Episode to Be on Both Websites, But The Both Websites Never Listened And This Episode Was a Parody of Planet of the Apes And Also This Episode Was Kinda Dark And Awesome, in July 2020, He Re-Recorded This Episode With His Mom's Phone, So He Can Remake The Episode But Eventually He Tried to Re-Record The Episode, But After He Finish it, He Edited It And Put it on His Websites, Until Someday Stream Websites Will Put This Episode on Stream, in August 21, 2021, He Discovered That The Other Episodes, Including Catastrophe, Had Been Uploaded by a User Named: Captain B. Z in Internet Archive, So Technically, This Episode Had Finally Been Found in Internet Archive. 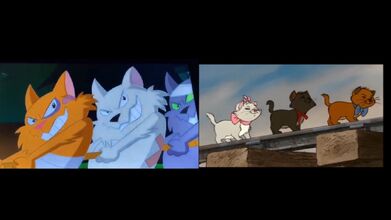