Wonder Pets! is an American animated television series created by Josh Selig for Nick Jr. from 2006 to 2013.

The show has many dubs, some of which are lost.

Most of season 3 has been uploaded on Almo7eb except for two episodes, but the other two seasons are still lost,

Some episodes are on this Bulgarian site called vbox7

Three Clips Found By Caleb Silva180 And Uploaded To His Channel

Some episodes from season 3 were uploaded on DailyMotion.

Also Save The Wonder Pets UK Dvd Is On Archive.org

Season 2 has been uploaded on Myvi, and this dub might air on Pluto TV France.

Season 2 is on myvi

A few episodes were uploaded to YouTube, but unless you live in Canada or have a VPN, you can't watch them.

According to Muppetman03, this dub was localized.

The only footage of this dub found is clips from a promo of Nick Jr. Israel's launch

Also Someone Found Save The Dinosaur Clip In Hebrew

Two promos were uploaded by caleb silva180 on youtube


also on save the wonder pets uk dvd

One Clip Called Save The Little Red Riding Hood Was Uploaded By KookyGordon.

One episode, Save the Bat, was uploaded to YouTube, but you need a Canada VPN to watch it.

Most of the episodes except for 11 have been found.

Save The Dolphin Intro Uploaded By Caleb Silva180

One Clip Called Save The Egg Is On Youtube

Caleb Silva180 Uploaded Some Clips In Tagalog on youtube 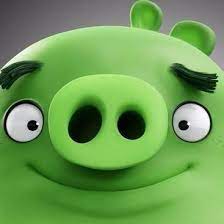