Start a Wiki
watch 01:51
The Loop (TV)
Do you like this video?
In 2009, Disney, Apple Corps, and Imagemovers Digital announced a motion-captured remake of the 1968 Beatles film Yellow Submarine at the D23 Expo. The film was slated to be

The film would have been written and directed by Robert Zemeckis. Peter Serafinowicz would have played Paul McCartney, Dean Lennox Kelly would have been John Lennon, Cary Elwes would've played George Harrison, and Adam Campbell would play Ringo Starr. The Beatles tribute band The Fab Four would've performance captured the Beatles in general.[2] David Tennant was in talks to play the Chief Blue Meanie.[3] If the film had been successful, it would've don a Broadway musical and a Cirque de Soleil show.

However, in May 2010, Disney shut down Imagemovers Digital, the studio where it would've been produced, due to unsatisfactory results of A Christmas Carol, and cancelled the project in 2011 after Mars Needs Moms bombed.[4] Disney however let Zemeckis bring the film to other studios, which led to Imagemovers Digital final project being a look-dev test for the film, also directed by Robert Zemeckis.[5][6] By 2012, Zemeckis had no interest of remaking the film, saying: "That would have been a great one to bring the Beatles back to life. But it’s probably better not to be remade – you’re always behind the 8-ball when do you a remake. It gets harder and harder [to make movies]. With the current state of the industry, it’s difficult to stay passionate about it. The hardest thing for a filmmaker as he’s aging is saying, “How much more of this crap can I take?” It’s tough, I can only do it if I have a script to believe in. Like Flight."[7]

Concept art, as well as a few animation test are still hanging online, but the finished look dev test has yet to be seen by the public. 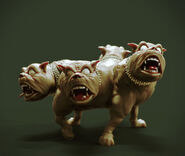 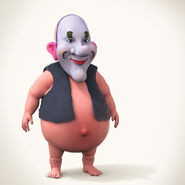 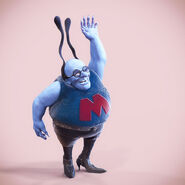 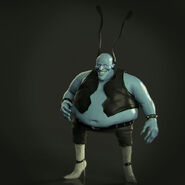 A butterfly-stomper by Chris Bonura, a concept artist on the film 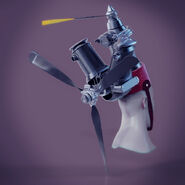 The Beatles models by Punn Wiantrakoon

The Beatles in band model by Punn Wiantrakoon, Matt Cioffi, and Landis Fields

Retrieved from "https://lostmediaarchive.fandom.com/wiki/Yellow_Submarine_(2010_Animation_Test_and_2012_Canceled_Animated_Film)?oldid=160216"
Community content is available under CC-BY-SA unless otherwise noted.