Filmmaker/photographer Richard Kern is best known for his bizarre and subversive short films, which were part a movement called No Wave Cinema, which was a filmmaking movement that took place in New York during the 70s and 80s. Kern's films are distinguished by explicit content (both sexual and violent), unique color schemes, and appearances by popular underground figures (such as musician Lydia Lunch). While the majority of his films are easily available on DVD sets (such as The Hardcore Collection), some of them are not so easy to find (such as Nazi and King of Sex, which, even so, are available on rare VHS). However, it appears one (or two) are nowhere to be found.

Named Zombie Hunger and Zombie Hunger 2 respectively, there is virtually no information on these two shorts, other from the fact that they were made in 1984, which makes them likely contenders for Kern's earliest work. Sources conflict as to what they (or it) is about, as one ("Trashfilm Roadshows" by Johannes Schonherr) proclaims it to feature a man smashing up his apartment in a violent rage, only leaving the cameraman undamaged, and another (mubi.com's entry for the film, which also features an alleged shot from the film) claims it is about a group of junkies shooting up on heroin and then vomiting. The latter claim is also supported by a PDF contained on Kern's website. If this is the case, then it is very possible that the mysterious Zombie Hunger 2 is the one Schonherr was describing. However, until someone finds out the truth, these two films will remain a strange mystery in the underground film realm. 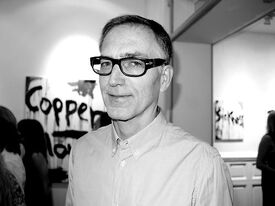 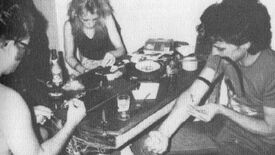 Alleged screenshot, taken from mubi.com.
Add a photo to this gallery
Retrieved from "https://lostmediaarchive.fandom.com/wiki/Zombie_Hunger_and_Zombie_Hunger_2_(1984_Richard_Kern_Short_Films)?oldid=10496"
Community content is available under CC-BY-SA unless otherwise noted.